Housefull 4 will bring together the entire cast

Sajid Khan is back to direct Housefull 4, after Nadiadwala and he had a falling out post the first two films. 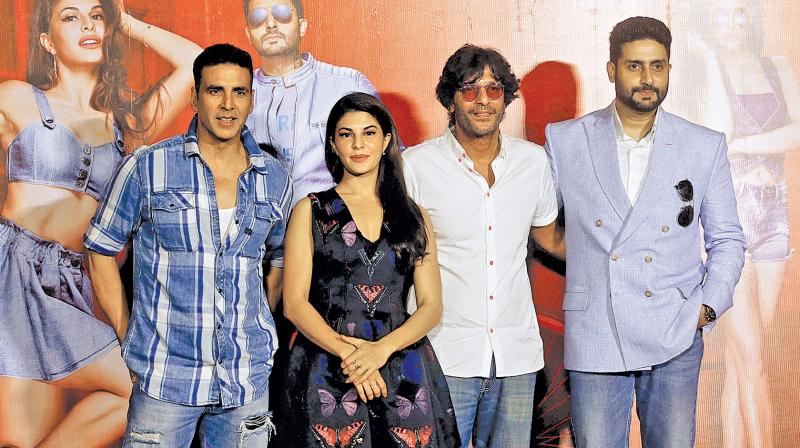 It looks like Sajid Nadiadwala is in the mood to pull his own Baahubali — on the same scale too — with Housefull 4.

The next instalment of the Housefull franchise aims to bring back the entire congregation of the last three movies’ cast, from Akshay Kumar and John Abraham to Abhishek Bachchan, Deepika Padukone and Jacqueline Fernandez. He wants to also bring back hilarious parts by Chunky Pandey, and Rishi Kapoor.

Says Sajid, “Yes, that’s right. We intend to bring back the entire cast from earlier Housefull films. Of course, Jiah Khan is no longer with us, God bless her soul. But all the rest are on.”

The reincarnation idea of the new instalment came to Sajid in a flash. “I thought we’ve seen so many serious, intense romantic movies on the theme of reincarnations — Madhumati, Karz and others. Why not a funny take on punar janam? That was my idea and I shared it with my storywriters. I thought they’d take at least a year or two to crack it, but they came up with a terrific plot in no time. So yeah, here we are, all set to do a rip roaring take on reincarnation.”

Sajid Khan is back to direct Housefull 4, after  Nadiadwala and he had a  falling out post the first two films. And Nadiadwala wants to let bygones be bygones. “We’re looking ahead at making the most expensive comedy ever to come out of our production house. Housefull 4 will be set in two time zones. One will be the current times and the other in an era like Baahubali’s, where all the characters will get into costumes. That segment will be shot on the same scale as Baahubali.”

It looks like we will get to see Akshay riding a chariot in armour and a headgear, shooting arrows. And that’s a cool thought to hold onto until Diwali 2019, when the film will release.