The ex-radio jockey met up with the reel-life one as he shot for a cameo for the Suresh Triveni directorial. 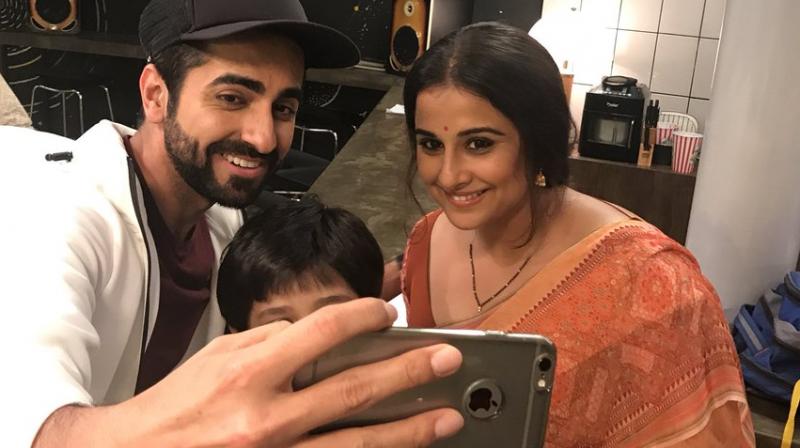 Mumbai: Vidya Balan might be looking a natural as a radio jockey in 'Tumhari Sulu', but there's a definitely a trick or two she can take from real-life RJs.

One such RJ has made a cameo in the film and he is a well-known face.

Ayushmann Khurrana, who had plied his trade as a radio jockey before venturing into Bollywood, makes a cameo in the slice of life film.

The actor, who’s riding high on the consecutive successes of 'Bareilly Ki Barfi' and 'Shubh Mangal Saavdhan', doesn't appear as an RJ in the cameo, but as himself, as what he is known as today, an actor.

Considering his friendship with the makers, Ayushmann readily agreed to shoot with Vidya for the part few months ago, but other details of the cameo have not been revealed yet.