Saif Ali Khan to bounce back with Taanaji?

The actor was last seen in crime-drama Baazaar, in which he played the role of a financial maven. 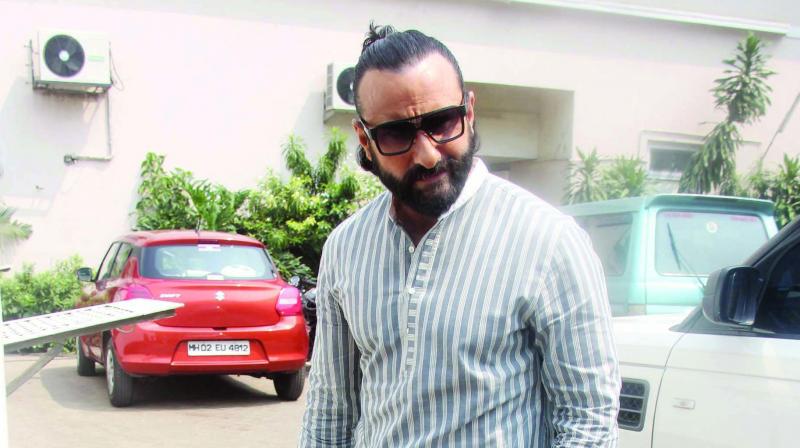 Saif Ali Khan has certainly proven his worth with projects like Sacred Games, but on the film front, he hasn’t done too well lately.

But the actor is now back on track and shooting back-to-back films. In the midst of his hectic schedule, a source reveals that his film Taanaji: The Unsung Warrior is one of his most powerful roles. In the film, Saif will be seen in a different light altogether, which will perhaps revive his film career.

The actor was last seen in crime-drama Baazaar, in which he played the role of a financial maven. That role, as well as his role in Sacred Games, is unlike the character Saif will play in Taanaji.

“After Sacred Games, I have been transported to a different era with this film,” he had told a daily.

Apart from filming the second season of Netflix original Sacred Games, Saif will be seen in Jawaani Jaaneman Bhoot Police and Laal Kaptaan.

Taanaji: The Unsung Warrior is based on Malusare Taanaji, the celebrated warrior who is said to have won the Battle of Sinhagad in 1670 by scaling an impregnable fort with the help of a Bengal monitor lizard.