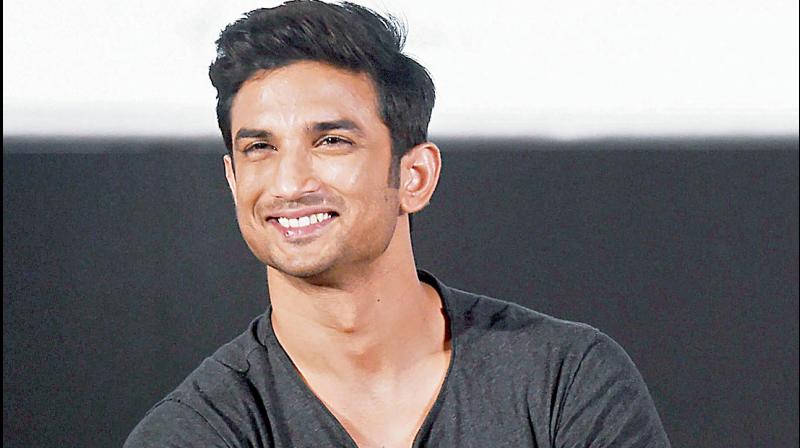 Bollywood actor Sushant Singh Rajput. The actor was found hanging at his Bandra apartment in Mumbai on June 14. (PTI Photo)

Mumbai: A day after recording the statement of filmmaker Sanjay Bhansali, the Mumbai police has retrieved CCTV camera footage of the building where actor Sushant Singh Rajput resided in Bandra. The police has also written to Twitter in connection with some tweets from the actor's official handle.

The officials stated that it is also being probed if there were any visitors to the actor’s place which are yet to be identified. The police added that there are no CCTVs inside the actor’s flat. The forensic reports pertaining to the cloth are still awaited.

“The Bandra Police has recorded the statement of Sanjay Leela Bhansali. Bhansali was planning to cast Sushant in four of his films, but due to unavailability of dates, other actors were signed,” said a senior police officer.

While the police is investigating all important details about this case, they came across some tweets that were put out from the actor's official handle. The Mumbai police is awaiting response from the nodal officer of Twitter about the alleged tweets circulated on social media from the actor's handle, the officer added.

On Monday, the police recorded the statement of filmmaker Sanjay Leela Bhansali in presence of his legal team. He was grilled from 12.30 pm till 3.30pm. The police have recorded statements of 34 persons in connection with the ongoing investigation in a bid to ascertain the motive behind the extreme step taken by the actor on June 14.

Apart from family members and close friends like actor Rhea Chakraborty and casting director Mukesh Chhabra, the police have twice grilled YRF’s casting director Shanoo Sharma. The police has also recorded the statement of Sanjana Sanghi, who was Rajput’s co-star in her debut film.