My success is a team effort: Vicky Kaushal

According to actor Vicky Kaushal, he doesn’t necessarily congratulate himself when his films do well. 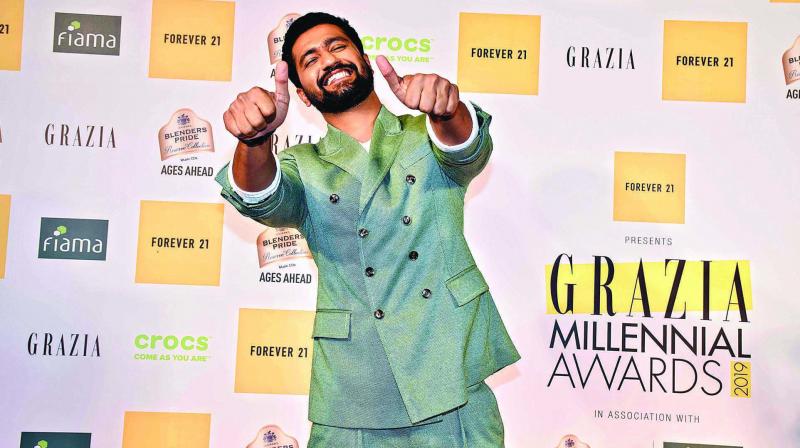 Vicky Kaushal has been on a high after Uri: The Surgical Strike. The actor has become the highest grossing star so far this year, with Shahid Kapoor-starrer Kabir Singh hot on his heels.

But unlike many stars, who take the credit for a film’s success, Vicky, who was also part of big hits like Sanju, Raazi, and Manmarziyaan, wants to credit the success to the entire team who made these films possible.

“As an actor, one puts his best into every scene. Emotional scenes and action sequences take a lot out of you mentally and physically, and that is the high you get. Everyone says that you are a star when the film does well. But I don’t necessarily congratulate myself. It is the effort of the entire team. Everyone puts in their best into a film,” he says.

The soft-spoken star has landed a bunch of films which he has already signed, with a few scripts left to give his nod to. He has three films — the Sam Manekshaw biopic by Meghana Gulzar, Karan Johar’s Takht and Shoojit Sircar’s Udham Singh coming up, which are all based on Indian history, apart from the horror flick Bhoot: Part One shepherded by Shashank Khaitan for Karan Johar, and Ashwathama by Uri director Aditya Dhar.

The only way Vicky is showing his star status today is with his salary, which has gone up a few notches after the success of Uri.