Kangana Ranaut gets into heated argument with journalist; watch video

Kangana refused to entertain any of his questions after which the two of them had a serious encounter. 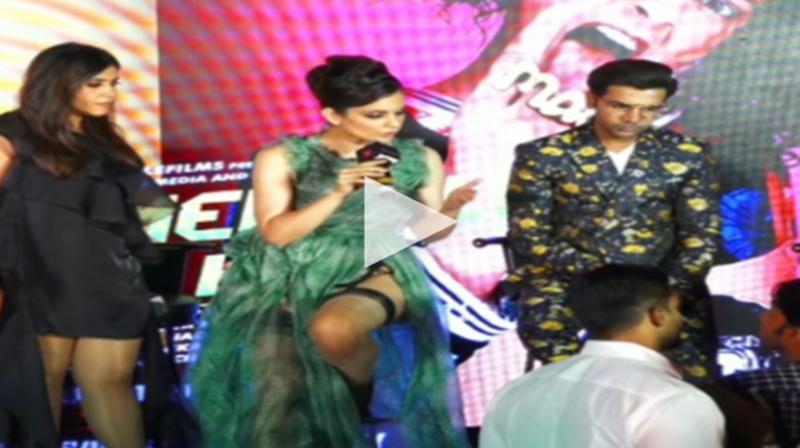 Mumbai: Kangana Ranaut has recently got into a heated argument with a journalist at Wakhra song launch event of her upcoming film, Judgementall Hai Kya.

Reportedly, Kangana bashed a journalist for writing negative reviews about her last release, Manikarnika: The Queen of Jhansi. Later, Kangana refused to entertain any of his questions after which the two of them had a serious encounter.

Kangana asked the journalist, "Have I made a mistake by making a film?" "You are calling me a jingoistic person for making a film on nationalism," she added.

Afte these allegations, the journalist reacted by telling that it's not fair on her part to say like that. He further denied of tweet anything negative about Manikarnika. Shockingly, yet another journalist got involved in the argument when the host of an event tried to interrupt between their conversation.

Meanwhile, Wakhra song launch event was organised on Sunday. The event was also attended by Rajkummar Rao and producer Ekta Kapoor. Directed by Prakash Kovelamudi, Judgementall Hai Kya is all set to release on July 26, 2019.