He said he worked on the film despite being ill and without charging money, but seemed upset about the negative stories on him. 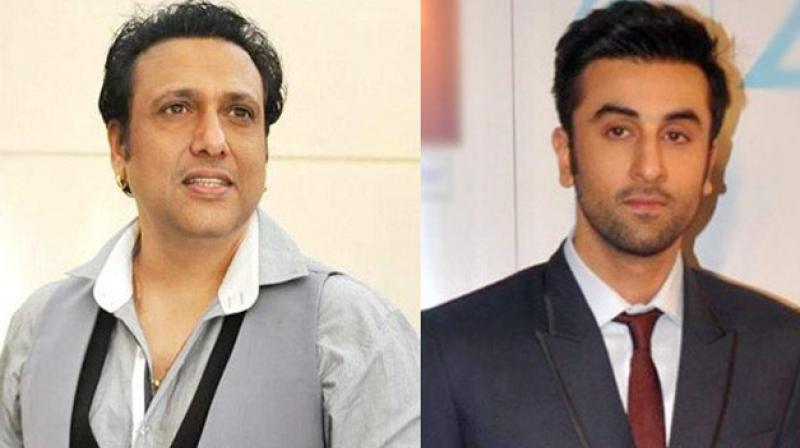 Govinda had shot with Ranbir Kapoor for 'Jagga Jasoos.'

Mumbai: Govinda might be going through a lean patch at the box office for some time now, but there is no denying the fact that the actor was one of the biggest stars when he was at his peak.

In the current situation, a cameo in a film like 'Jagga Jasoos' would have been just what the doctor ordered for the actor's career.

Ranbir Kapoor-Katrina Kaif starrer ‘Jagga Jasoos’ has been in the news for the numerous delays it went through and the relationship between the ex-couple.

Another factor related to the film which has made news has been the presence or rather the absence of Govinda in the detective drama.

The film has been in the making for the 3-4 years now and according to reports Govinda was always a part of it, with a picture of the actor's bearded avatar with the leads going viral recently.

However, the director Anurag Basu later cleared the air that he had shot with Govinda for a few days, but his part has eventually not made it to the final cut of the film, with Ranbir adding that it was a big loss for them.

Govinda, perhaps unaware about the development till now, took to Twitter on Friday and expressed his views about his part being canned from the film.

The veteran actor said that he did the film only because Ranbir was his senior’s (Rishi Kapoor) son and he was promised a script and a narration, post for which he shot with the team in South Africa despite being ill and without charging any money.

Though he said that it was the ‘director’s call’ and that he did job as an actor, he seemed upset about the ‘negative stories for GOVINDA’ in the last three years.

1/5 I gave full respect to Kapoor family i did the film because he is my seniors son I was told I will get the script.

2/5 I was told they will narrate the film in South Africa and I dint even charge my signing amount made no contracts.

3/5 I was unwell and on drips but still I traveled to South Africa and did my shoot.

4/5 There were various negative stories and negative articles only for GOVINDA and that's how the film was remembered for 3yrs.

5/5 I did my job as an actor and if the director is not happy it's completely his call.

It would be interesting to see if the decision of the makers to do away with the actor's part film can do any wonders for ‘Jagga Jasoos’ when the film hits the screens on 14 July.