As part of an exciting adventure, the Telugu superstar will be attending the India vs Australia World Cup 2019 match on June 9 in England. 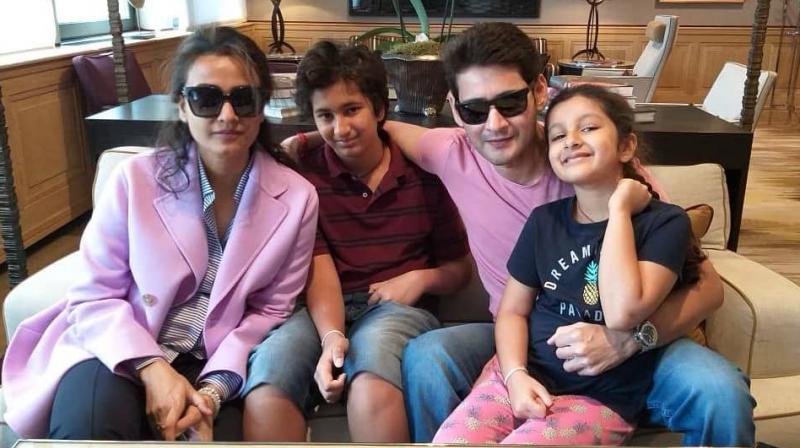 Mumbai: After a grand success of the 25th release of his career, Superstar Mahesh Babu's Maharshi has crossed 200 crores mark at the box office and continues to hold over the audience's must-watch movies. To celebrate the success of his release the actor is seen on a vacation with his family giving us vacation goals!

As part of an exciting adventure, Mahesh Babu will be attending the India vs Australia World Cup 2019 match on June 9 in England. The superstar is sure to witness the extravaganza with his family as he is on a vacation with his family, currently.

Post the success of the 25th film of his career, Mahesh Babu has been spinning around the world with his family. His recent release, Maharshi has been garnering immense appreciation from his family and friends along with the audience who are in love with the movie. More so, the Vice President of India, Venkaiah Naidu also sent in his appreciation for the actor upon his release. As Mahesh Babu is seen playing the lead role in the movie, the actor is also enjoying a marvellous outing at the box office with a continued successful run.

The mood is set for the cricket World Cup this year and among the early cheerleaders is our very own superstar Mahesh Babu who made sure that he added this day to the itinerary of his vacation. The superstar has added his favourite sport to the list and he has planned to take his entire family for the India Vs Australia world match this time.

After Maharshi, Mahesh Babu’s will be next seen in his upcoming 26th film 'Sarileru Neekevvaru' which is all set to hit the theatres on Sankranti 2020.