Blessed to be associated with SLB for 24 years, director Sham Kaushal says

Kaushal is working with Bhansali on the upcoming Gangubai Kathiawadi 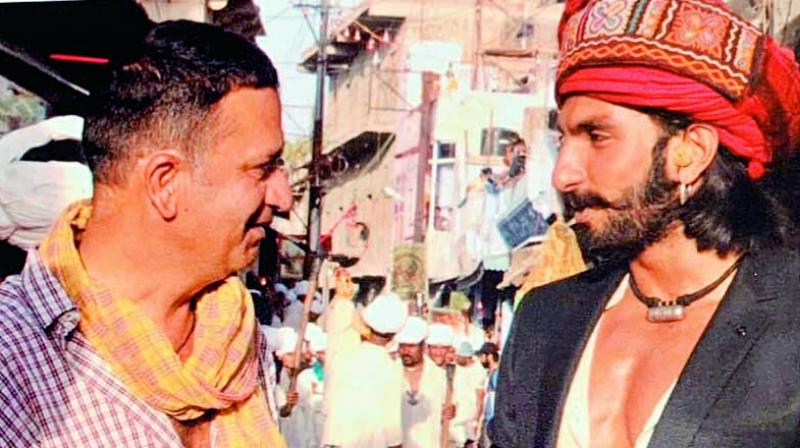 He has worked on almost every film made by Bollywood bigwig Sanjay Leela Bhansali, which he considers a blessing

Action director Sham Kaushal, also known to many as the father of actor Vicky Kaushal, has completed three decades in the film industry this year. He has worked on almost every film made by Bollywood bigwig Sanjay Leela Bhansali, which he considers a blessing.
“This is a huge achievement for me. I remember, from the time I joined him in Khamoshi, he always calls me up even for small action sequences,” Kaushal says, adding that he and Bhansali have a great working relationship.

“I would always jokingly tell him, ‘You just call me for small action sequences to be canned, why don’t you make an action film?’ So when Ram Leela was conceptualised, he informed me to get ready, as this is an action film. Since then, he is always keen on doing some action scenes in his films. At times I have to control him, but we share a great rapport, understanding, and comfort level as well. I develop whatever he explains to me, and it often is what he had thought. Working with him has been a blessing of sorts for me,” he smiles.
For those unaware, the action director started his journey in Malayali cinema with Indrajaalam, after filmmaker Thampi Kannanthanam brought him on board.

“A friend introduced me to director Kannanthanam, who was shooting for Indrajaalam in Mumbai. He was looking for someone to manage the action in that film, so in May 1990, he opened the doors for me as a full-fledged action director. There was no looking back, because then superstar Mohan Lal also started recommending me to filmmakers from the South,” he recalls.

As for his upcoming projects, Kaushal is working with Bhansali on the upcoming Gangubai Kathiawadi, Mani Ratnam’s next Tamil film Ponniyin Selvan, an international film named The Battle of Bengal, and Aanand L Rai’s Atrangi Re.