Want to promote sports through my films, says Farhan Akhtar

In a freewheeling chat, Farhan Akhtar talks about his love for football and why it is essential for children to pursue a sport. 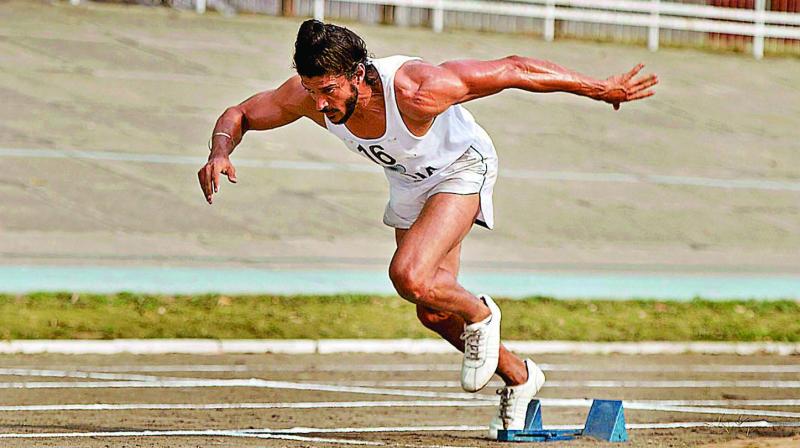 Ever since he was a young child, Farhan Akhtar had a special penchant for sports. So when he got to essay legendary sportsman Milkha Singh on screen, the actor trained hard to get into the character. Now the 45-year-old has been invited by Sony Pictures Sports Network as UEFA Champions League’s official guest and will be attending the finale at the Metropolitano Stadium in Madrid on June 1. But football isn’t the only sport that interests him. “I play a number of sports; most often I play volleyball. While growing up, we played football and cricket, every weekend. But space crunch and re-development has changed everything. I feel sad that kids nowadays stick to computers or mobile screens, especially in big cities like ours,” he says and adds that children are now busy playing games on computers. “I do hope that parents keep in mind that playing a sport is very important. Also, those re-developing a locality should keep a dedicated space for children to play,” he feels.

With shrinking urban spaces, the young generation is left without suitable spaces to pursue their outdoor hobbies or sports. But Farhan feels that despite the shortcomings, it is essential that parents inculcate the love for a sport in their kids. “I would like to tell parents to see that their kids play some sport. We all are aware of the fact that playing a sport not only keeps them fit but also helps them develop their mental strength as well. Parents should encourage their kids to get out of their homes and play on a daily basis. Playing outdoors also helps children make friends and interaction with friends leads to emotional development amongst these growing kids. We all know friendship plays a vital role in our lives.”

The actor, who is well versed in a number of sports, reveals that he was an avid sprinter. “I used to run 100 meters races and 400 metres relay races,” he reminisces. When asked if he would like to take his love for sports forward by opening an academy or gym, the actor says that he has no “inclination as such”. “However, I sincerely do hope to make sports films in order to encourage children to develop a liking to play their favourite sport.  I would indeed like to promote sports through my films,” he adds.

The actor has played an active role in bringing stories of sportsmen to the big screen with films such as Bhaag Milkha Bhaag and Toofan, and reveals that he would like to produce Bahichung Bhutia’s biopic if given a chance. “I don’t think I would be able to represent Bhaichung Bhutia on screen. But I can produce the film, if at all it happens. Then I will have to cast a suitable character who would look like him to a certain extent as well be able to play the sport. I am a fan of Bhaichung Bhutia, so as a filmmaker, I can take it forward.”