The Kesari actor, who has multiple releases this year, recently did a look test for a historical film. 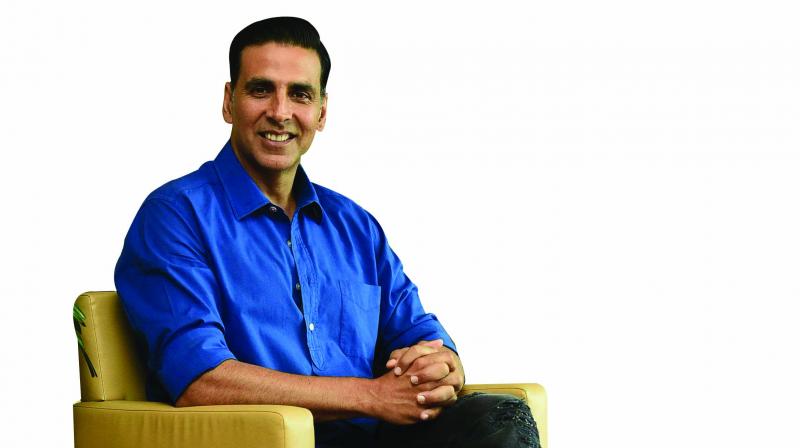 Known for sporting different looks in his films, the National Award winning actor Akshay Kumar has recently done a look test for a historical film. The actor has been working on projects that need a lot of homework and planning. In the past the stunt actor has also been seen in different looks in his films like Rustom and Kesari, will also have a new look in comic franchise Housefull 4.

According to a source, the Hera Pheri actor went for a look test for a film shepherded by Dr Chandraprakash Dwivedi. Dr Dwivedi is known for the films like Pinjar, Mohalla Assi and Zed Plus among others. Starring Urmila Matondkar and Manoj Bajpai, Dr Dwivedi’s film Pinjar bagged National Award for the best movie on National integration. The film also fetched Manoj Bajpai the jury award. And now the director is all set to direct a film based on an untold story of the king Prithviraj Chauhan starring Akshay Kumar. “More details will be announced by the production house as and when they lock the project completely,” says a trade source. Earlier Sunny Deol was fetched to play the said role after his association with Dr Dwivedi in the project, however once Yash Raj Films got on to the project, Sunny is said to have opted out since he had a fall out with YRF after Darr released in 1993.

Although it will be the third time that Akshay would work in a YRF film, but first time to play a solo lead role. His earlier films with YRF include a multi-starrer film Tashan in 2008 and Dil to Pagal Hai in 2009 where he has cameos. As of now, we are told that the shoot went off well and nuances of the project will be out soon.