The 'Bajirao Mastani' actresses and India's exports to Hollywood looked stunning at the fashion event. 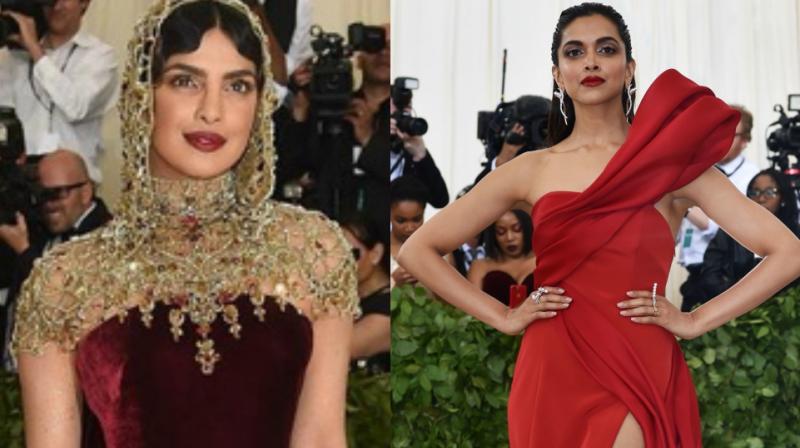 New York: Gone are the days when the Cannes Film Festival was the only platform for our Bollywood actresses to shine at an international event.

With our very own Priyanka Chopra and Deepika Padukone acting in big films opposite big names, they are well-known names internationally and automatically become a star attraction at events such as the Met Gala as well.

The two actresses had dazzled on the platform last year and made an appearance this time as well.

The theme of the event this year was 'Heavenly Bodies: Fashion & The Catholic Imagination Costume Institute Gala' and was held at the Metropolitan Museum of Art in New York City.

Priyanka had brought back memories of her last appearance recently when her blazer dress with cut-out at the chest had led to several memes like her trench coat gown with a long tail at this event.

Like last year, Priyanka chose a Ralph Lauren outfit and made a unique statement again.

Along with her velvet maroon and gold evening gown, was an gold-emrodiered hood with crystals and beadwork that made her look different and beautiful at the same time.

Thankfully the tail was not too long and she could walk and pose without assistance of too many people.

On the other hand, Deepika looked stunning in a red off-shoulder draped dress designed by Prabal Gurung with red heels, red lipstick and diamond earrings to go with it. 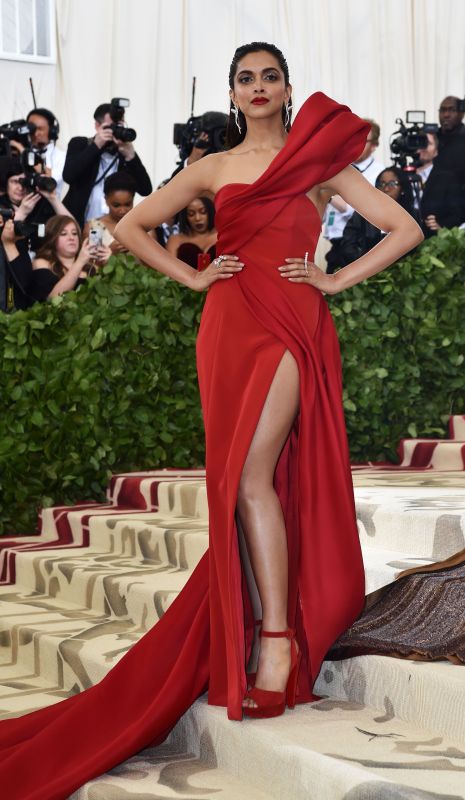 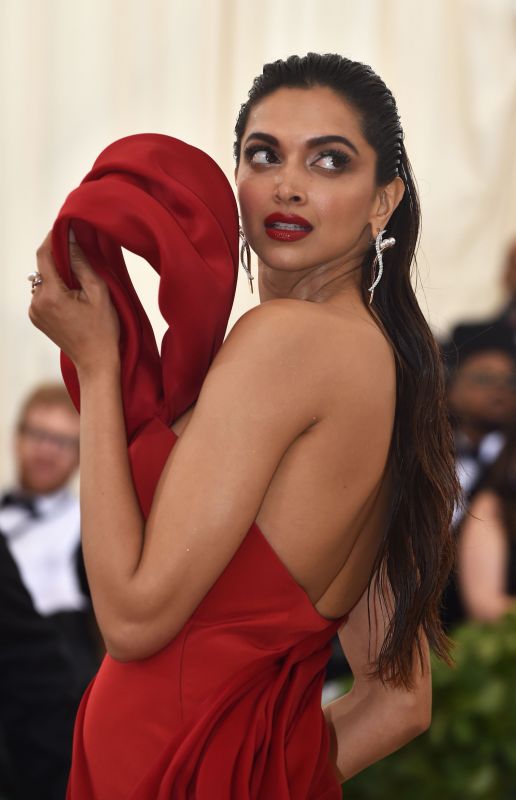 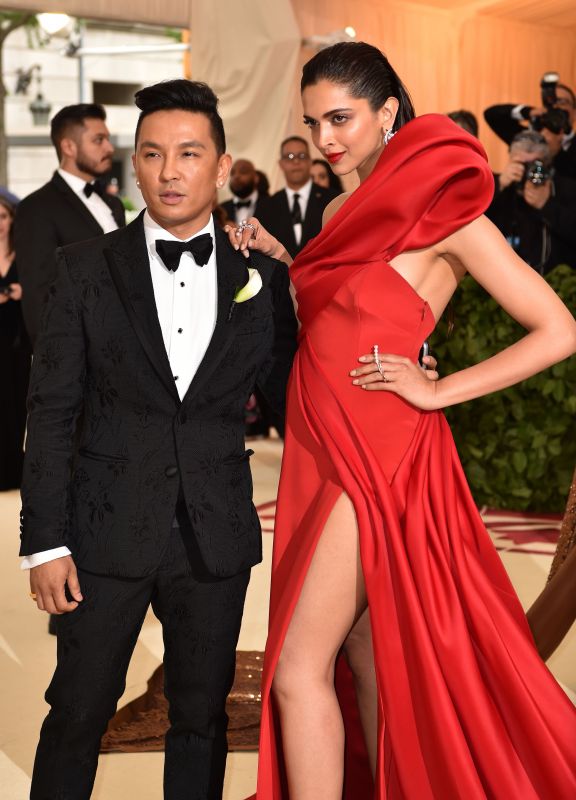 The fashion season has surely begun with a bang and we are now keen to watch what Aishwarya Rai Bachchan, Sonam Kapoor, Deepilka Padukone and Kangana Ranaut have in store for us at Cannes, starting on Tuesday.