Entertainment   Bollywood  08 May 2017  'It was a full on K3G moment': Karan Johar on welcoming Yash and Roohi home
Entertainment, Bollywood

'It was a full on K3G moment': Karan Johar on welcoming Yash and Roohi home

The filmmaker reveals that his children Yash and Roohi were welcomed in a very melodramatic manner. 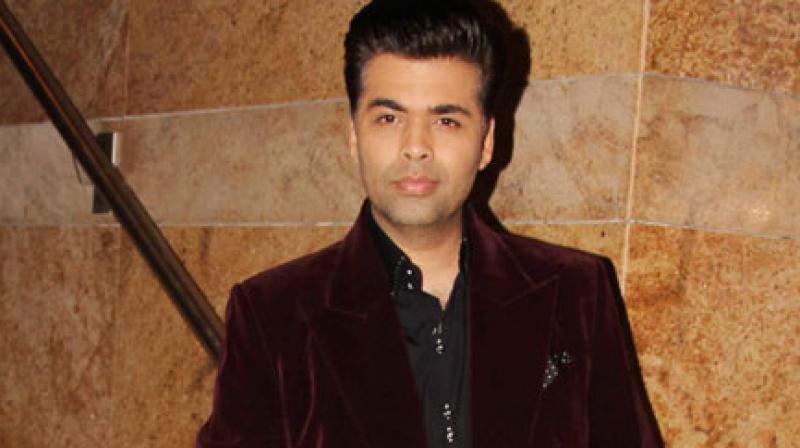 Mumbai: Karan Johar is on cloud nine after becoming a father for the first time in his life.

The filmmaker is definitely enjoying the phase of fatherhood and the moments he is spending with his kids Yash and Roohi.

Karan had announced at the start of March that he had become a father to twins, a girl and a boy, via In Vitro Fertilization (IVF), but faced a difficult time as they were born premature and were in neonatal care for a period of seven weeks.

However, against all odds, Yash and Roohi were all hale and hearty when they came home for the first time at the end of March, with an ecstatic Karan thanking the doctors and boosting the spirits of parents of premature babies in an emotional post.

While he is yet to share the first pictures of the babies, he had shared photos of the crèche that his close friend Gauri Khan had designed for them.

In an interview to Hindustan Times, the filmmaker spoke about his journey as a father so far, he said, "Fatherhood is proving to be a breathtaking rollercoaster ride. When they were conceived, I was ecstatic, but I told myself I would be a responsible father and not a paranoid mother. Then came the complexities of premature birth. And the heartache of seeing them in the incubator. But I felt a strong sense of ownership. They were my lifelines. A lifelong dream come true. And I couldn’t wait to take them in my arms. When I did that for the first time, it was incredible. I knew this was the beginning of a different kind of love story. The start of the best phase of my life. Mothers go through these emotions. Fathers come in later. But I was there right from the start, with the other mothers in the ICU whose babies were also born weighing less than 1.5 kilos, their vital body parts, their tiny lungs and heart underdeveloped. And each time a baby crossed 2 kilos and the nurses put up a smiley sunshine face announcing this, I would celebrate with their mothers because I fully empathised with them."

Some of his films have been over-the-top and melodramatic and Yash and Roohi were also welcomed in a similar way.

He says, "The day they came home from the hospital is an experience that’s going to stay etched in my memory. Like the premier of Kuch Kuch Hota Hai in 1998. It was my first film and I still remember every moment. What I wore. What I said. The day I carried Roohi and Yash home was like that. Life changing. Actually, it was a full on K3G moment! Very dramatic. With my Mom proudly standing at the door like Jaya Aunty holding a puja thali with burning diyas to welcome not her bahu – but her grandkids, all my aunts crowded behind her. I took my babies straight into the room where my father’s picture is placed. When I saw their reflection in the glass, merging with his image, I closed my eyes in gratitude and experienced the awe of the moment. I knew they had his blessings. These are scenes out of a film but drawn from real life. For me, that was a moment of faith. But it was only the trailer. Picture abhi baki hai!”

Karan is extremely close Alia Bhatt, Varun Dhawan and Sidharth Malhotra, who he launched with the film ‘Student of the Year' and three actors were perhaps the most ecstatic when Karan had shared the news of becoming a father.

Alia had said that she has now found a brother and sister in his kids and while there has been a steady flow of visitors since the babies have come home, Karan says that his 'daughter' spends the maximum time with Yash and Roohi.

He said, “Now, of course, my babies are the superstars of my universe. Ever since they came home, I’ve been like a mother, a father and a well-behaved housewife. People have been dropping in non-stop to see them, they come in shifts, and I’ve been running around serving them tea and snacks. Alia Bhatt comes every other day and sits for hours. I’m not paranoid about people wanting to hold my babies. Roohi and Yash are not royalty and meant to be stared at from behind a glass window. But I insist they sanitise their hands and take off their footwear first. Babies absorb energy. I like to think they are making eye contact with everyone but they’re just looking into oblivion. I like to imagine they are smiling in recognition but actually they’re just passing gas! The love and support I’m getting from friends who are family is phenomenal. Everybody feels a sense of responsibility towards me and mine. Even old friends who have reconnected with me after their birth. Everybody says they are now so happy for me. I’m surprised. I didn’t know so many people were unhappy for me earlier! I wish I had known. I was living a life of delusion thinking everything was great. But I would have enjoyed a moment of self-pity.”

Karan Johar is yet to announce his next directorial after ‘Ae Dil Hai Mushkil’ that released last year and is currently enjoying the success of ‘Baahubali: The Conclusion’, the Hindi version of which he had presented.