Salman Khan was imprisoned in Jodhpur since 2 days for being convicted in the 1998 blackbuck poaching case. 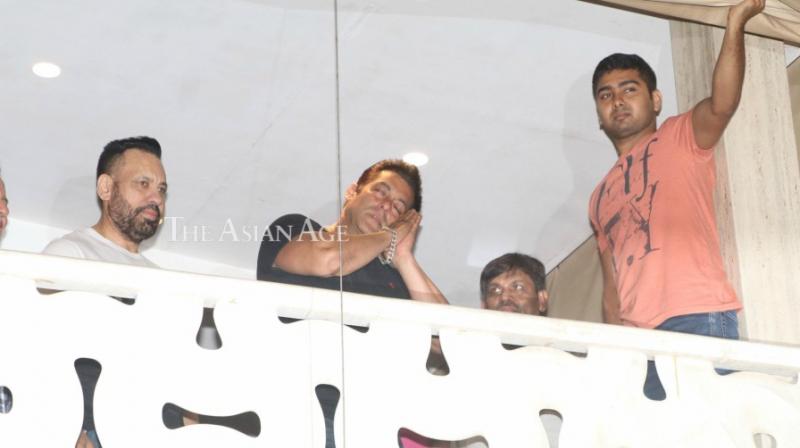 Salman Khan made a cute pose, where he meant that it's time to sleep and so, until next time. (Photo: Viral Bhayani)

Mumbai: Salman Khan was imprisoned in Jodhpur since 2 days in the 1998 blackbuck poaching case.

His release was announced post lunch on Friday, which made not only Bollywood but his fans cheer for him. They went to the extent of screaming ‘Bajrangi Bhaijaan’ post the release.

These fans waited for their Bhaijaan to come back with banners of ‘We support Salman Khan. We love Salman Khan.’

Ahil also joined him and Bhai made an expression of him going to sleep, and reminded the fans that they should help 3 people, so that the chain continues (a message from his film ‘Jai Ho’).

Many Bollywood celebrities like Katrina Kaif, Jacqueline Fernandez, Kabir Khan and others also came to meet Salman post his release.