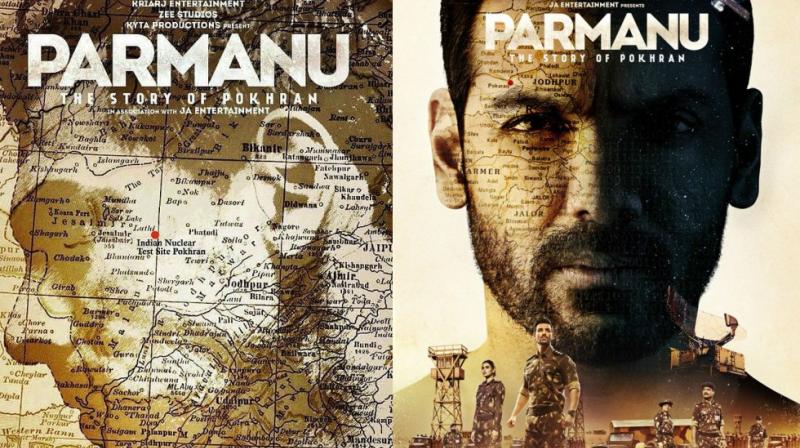 John Abraham is in a legal battle with Prernaa Arora's Kriarj for 'Parmanu: The Story Of Pokhran'.

Mumbai: John Abraham starrer ‘Parmanu: The Story Of Pokhran’ faced delay since a long time and finally, the actor had decided to go solo with the film, letting go of Kriarj Entertainment.

However, the two have now got involved in a legal battle, which is full of complaints, the latest being John making 3 complaints against Prernaa Arora and her company Kriarj.

"John Abraham, through his production house JA Entertainment Pvt. Ltd. had signed a Co-production agreement with Prernaa Arora’s company Kriarj Entertaiment Pvt. Ltd. wherein Kriarj had agreed to pay Rs 35 crores to John’s company to cover the cost of production, fees of all actors and other production related expenses and had also agreed to additionally bear the Print and Advertisement expenses (P&A) for the film Parmanu- The Story of Pokhran against which John had agreed to assign the exploitation rights and 50% IPR of th film to Prernaa’s company.

However, after Prernaa’s repeated delays in making payments by stopping cheque payments and giving wrong bank transfer details (UTR numbers) at every stage and refusal to pay the last tranches of payment, which were critical for completing the post production work of the film, John followed the due process as laid down by law. He first gave a legal notice to cure the breach and after Prernaa’s failure to cure the breaches, John terminated the agreement with Prernaa in order to save his film.

After this termination, which is a purely Civil Dispute, Prernaa filed a false criminal complaint against John and started making defamatory statements against him in the media.

Prernaa also illegally started blocking the online publicity materials launched by John for the promotion of his film.

John also came to know that Prernaa had, without his knowledge, already recovered monies in excess of what she had to pay him from various third parties and yet did not pay him his dues.

Aggrieved by all these acts of Prernaa and her colleagues and associates at KriArj, John has filed separate complaints for cheating, breach of trust, defamation and offences under the Information Technology Act, at the Khar Police Station."

Responding to that, Prernaa Arora’s team released this statement:

As per our knowledge no case has been registered against Prerna Arora or any members of team KriArj by the Khar Police Station and it is apparent that the attempts made by JA Entertainment are nothing but an immature counterblast and an afterthought against KriArj to defame and mentally harass them and to sabotage the release and distribution of the Film by KriArj inspite of being fully aware of KriArj’s rights in the Film as Co producers, joint owners and exclusive right holders.

After receiving close to 30 Crores from KriArj as and when demanded by them on a film which was to be made on a budget of Rs 22 Crores. KriArj was never given books of accounts showing the true extent of expenses done on the Film, in spite of having requested for the same. This is just one of the several breaches due to which we have sued JA Ent before the Bombay High Court. We have great respect for the judiciary. As the matter is sub judice we reserve our right to make further statements once matters are decided by Court."