Bringing to screen the Man who feels no pain, the trailer offers an astonishing amalgamation of power packed action and tickling comedy. 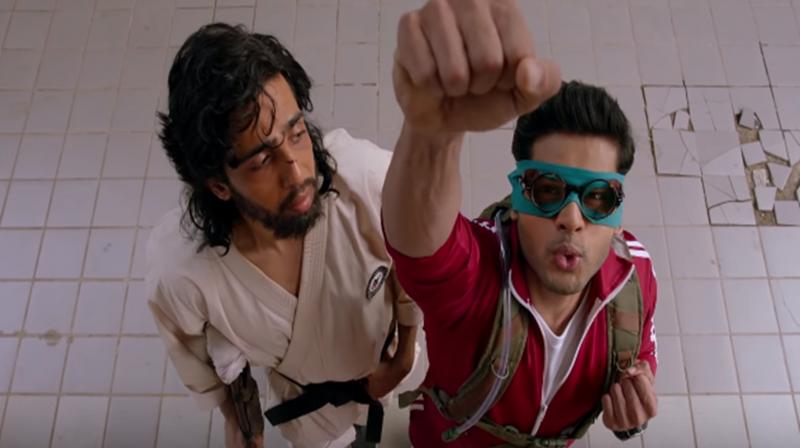 The makers of the film released the quirky trailer of Abhimanyu Dassani's debut film Mard Ko Dard Nahi Hota after creating anticipation with its eccentric posters.

Bringing to screen the Man who feels no pain, the trailer offers an astonishing amalgamation of power packed action and tickling comedy.

Earlier, a series of content featuring debutant actor Abhimanyu Dassani garnered immense love and cheer not only from the audience but also the film fraternity.

The makers have been introducing the various characters and their diverse facades with multiple posters, gauging the interest of the audience.

The movie received a standing ovation during its screening in the Mami Film Festival. The movie has started making a mark much before its release. Revolving around a man with congenital insensitivity to pain, the film won the Midnight Madness Award at TIFF, emerging as the Desi Deadpool.

Abhimanyu Dassani and Radhika Madan slip into the characters of a hero and heroine packing a punch, while Gulshan Devaiah plays a double role of an unconventional villain and a martial arts expert in the film.