I will not direct a film, says Alia Bhatt

Alia Bhatt on turning producer, her upcoming films and having a political opinion. 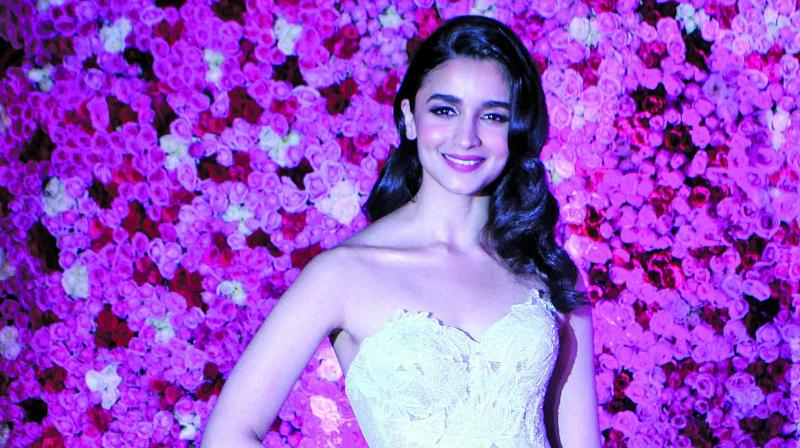 “People keep telling me ‘You really have so much anger in you? You can actually beat someone up?’ But, in reality, I do not think I will ever do that,” says Alia Bhatt when asked about the reaction to her role of Safeena in Gully Boy.

Alia, who recently turned producer and has started her company, was at an event to honour the businesswomen. When she was asked about her company, the actress says, “Yeah I have opened my company and hopefully, I shall produce films... content. I love being an actor but I want to do a lot more. I will produce but I will not direct at all.”

Interestingly, Alia also begins promotions of two of her films —Brahmastra and Kalank. The actress recently unveiled the logo for her upcoming film Brahmastra at the Kumbh mela.

“It was unbelievable. It was pure and spiritual. It was a fantastic experience. People tell us to touch the sky. And, our Brahmastra logo did that. There is too much excitement this week. Even Kalank promotions have begun. The director Abhishek Varman is a very dear friend and he has done a great job and we have such a fabulous cast,” she says.

Reacting to what Kangana said about Ranbir Kapoor and other Bollywood stars not expressing their views on politics, Alia replies, “I don’t have the ability to speak as candidly as Kangana does. Maybe she is right. Sometimes we do hold back. You feel like why should you always say something? My dad always says, there are too many people with opinions in this world, so nothing will happen if there is one opinion less. I do have an opinion but I would rather keep it to myself. Kudos to Kangana because she speaks really well,” says Alia.