Salman made Katrina’s career, but shows no interest in helping her sister Isabelle?

Katrina Kaif started her career with Amitabh Bachchan in ‘Boom’, which went without anybody’s notice. 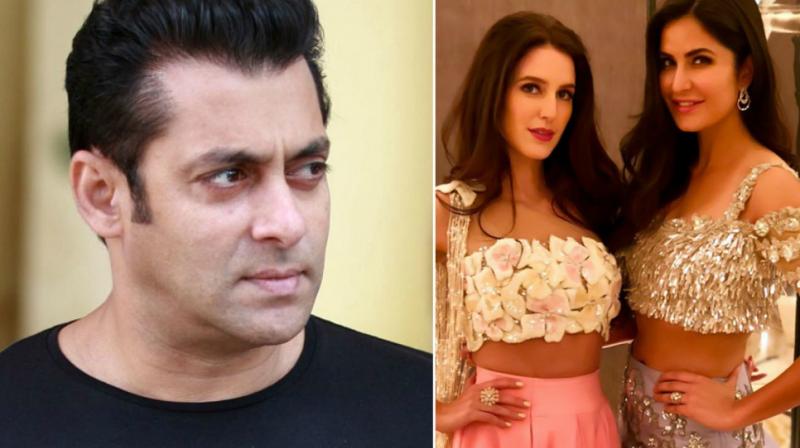 Salman Khan in a photoshoot, Katrina and Isabelle pose for the cameras.

Mumbai: It wouldn’t be wrong to say that Katrina Kaif’s bare existence in Bollywood today is thanks to Salman Khan’s star power.

The actress started her career with Amitabh Bachchan in ‘Boom’, which went without anybody’s notice.

Salman Khan launched Kat in ‘Maine Pyaar Kiya’ in 2005, and since then, Katrina didn’t have to look back, as she is yet the most wanted actress and a glam diva of the Hindi cinema.

In fact there was a time when the media reported things had become serious between Salman and Katrina after the superstar went all out for his lady.

Today, even though the two have separated ways, Salman still publicly declares his fondness for the actress.

But the same doesn’t seem to apply for Katrina’s sister Isabelle, who has made her film debut with Salman Khan’s Canadian production venture ‘Dr. Cabbie’.

According to a report on Mid-Day, Salman isn’t as interested in promoting Isabelle in Bollywood and is unsure of adding Isabelle to his Dabangg Tour, this despite Katrina’s requests.

Salman isn’t convinced with Isabelle’s acting skills, claims the daily, and hence, he doesn’t wish to promote her anywhere.