Apart from these movies, Salman has also been roped in for Remo D’Souza’s next, tentatively titled ‘Go Daddy’. 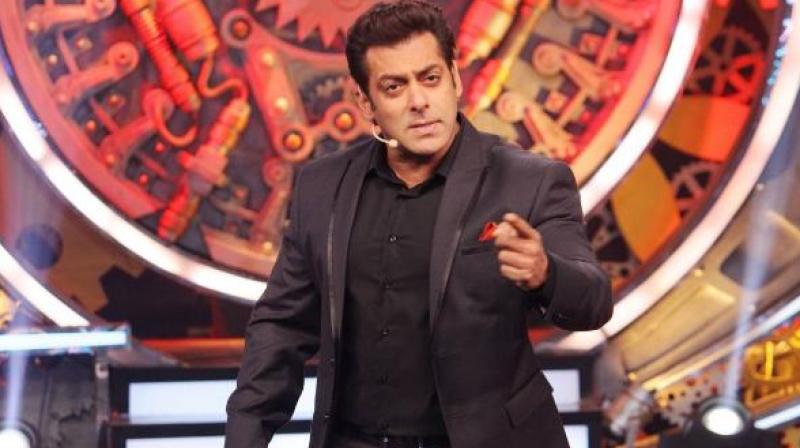 Salman Khan on a TV show.

Mumbai: Salman Khan is probably the only superstar among every big celebrity to have his kitty full with the maximum number of movies till 2019. The actor has been involved in a number of franchises and will probably be the only actor who has booked Eid as well as the Christmas slot in both 2018 as well as in 2019.

A close source to Deccan Chronicle informs, “Salman has pushed the shoot of his reality show ‘Dus Ka Dum’ due to his ongoing busy schedule. The actor even missed the app launch of the show held recently. Apparently the channel is quite worried about the show.”

The superstar has just finished shooting ‘Race 3’ which is scheduled for Eid 2018 release. This might be followed by ‘Dabangg 3’ release in Christmas 2018. Salman will reportedly start shooting for the movie in April for the same. Interestingly, if things fall in place, Salman will clash with Shah Rukh Khan starrer ‘Zero’, which also has the ‘Dabangg’ Khan’s cameo.

Apart from these movies, Salman has also been roped in for Remo D’Souza’s next, which is tentatively titled ‘Go Daddy’. That movie will go on floors after Salman can find dates from his current schedule. There are also reports that the superstar might be replaced by Ranveer Singh in ‘No Entry Mein Entry’, a sequel of the 2005 film.