Neither Priyanka Chopra nor Deepika Padukone, a new girl will be launched in SRK’s much anticipated ‘Don 3’. 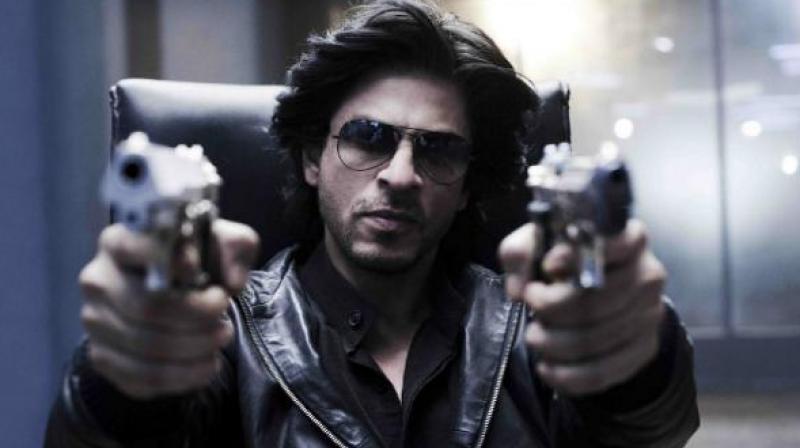 Shah Rukh Khan in and as Don in 'Don' movie.

Mumbai: Shah Rukh Khan and director Farhan Akhtar will be coming together for Don 3 in 2018. Work on the script has already begun and it will be narrated to SRK in the coming months. A much has been speculated about the leading actress in the film, since no official announcement about the casting is made yet.

Earlier rumours surfaced that Deepika Padukone will replace Priyanka Chopra in the sequel but Producer Ritesh Sidhwani made it clear that Deepika will not be a part of ‘Don 3’.

According to the tweet posted by noted trade analyst Ramesh Bala, SRK's ‘Don 3’ will go on floors in 2019. The film will reportedly be shot extensively in Dubai and Abudhabi and will feature a new actress as the leading lady. He wrote, "@iamsrk's #Don3 will be shot extensively in #Dubai and #Abudhabi.. The movie is expected to go on the floors sometime in 2019.. A New Actress will play the leading lady role.."

. @iamsrk 's #Don3 will be shot extensively in #Dubai and #Abudhabi.. The movie is expected to go on the floors sometime in 2019..

A New Actress will play the leading lady role.. pic.twitter.com/l2IPPjT45Z

Audiences have been waiting for Don 3 with baited breath, speaking of which Farhan Akhtar, director and producer of Don and Don 2, had earlier told in the interview, "I am surprised at how much the Don series matters to moviegoers. The interest level has not diminished."

Well, we must say, this latest news will make fans all the more excited about the film.

Shah Rukh Khan is currently busy filming for Aanand L Rai's 'Zero' alongside Anushka Sharma and Katrina Kaif. The film is slated to release on December 21.