According to sources, Sara's promotional activities for Kedarnath and Simmba drastically changed the statistics in her favour. 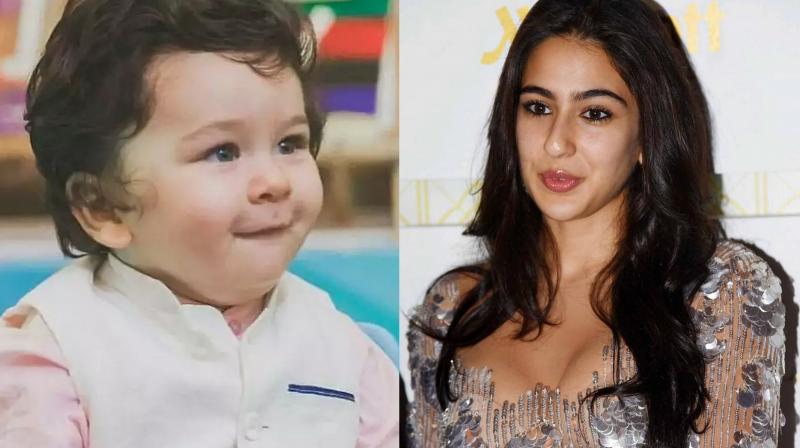 Taimur Ali Khan was the bigger star for the media as well as the paparazzi who loved to cover everything, from his first walk to his first wave.

But now it appears that the little boy's popularity has taken a beating by his half-sister Sara Ali Khan.

Sara made her debut last year with Kedarnath and received positive reviews. This was followed by a massively successful film Simmba. Together they led to her being covered fanatically in fanzines as well as on social media.

Score Trend India, a US-based company, evaluated the two on the charts and as per the statistics, Sara Ali Khan has scored more numbers than her baby brother Taimur.

“Sara's promotions for her debut film Kedarnath followed by blockbuster Simmba drastically changed the statistics in her favour. It is to be noticed that Taimur has a strong hold on viral news and in near future, the toddler might set a tough fight for his sister,” says Ashwini Kaul, co-founder of US-based tech Score Trends India.

The data has been collected from over 600 news sources across 14 languages in India, including Facebook, Twitter, print publications, viral news on social media, broadcast and digital platforms. Various sophisticated algorithms are used to process this massive amount of data and arrive at the scores and rankings of celebrities.

Saif’s kind gesture towards paps
There is no stopping the paparazzi when it comes to the most adored munchkin of Bollywood —Taimur Ali Khan. Be it at his home, play school or when out for a stroll with his parents, paps follow him like a shadow. It is common knowledge that Saif Ali Khan dislikes the paparazzi’s constant following of his jigar ka tukda. However, the unexpected happened when recently, the nawab walked out of his house and offered a group of photographers coffee. “He always asks us to maintain distance from Taimur and we always follow it. So yesterday he surprised all of us by sending coffee,” says celebrity photographer Viral Bhayani.
—Sanskriti Media