It was time to rebuild myself, says Prateik Babbar

The play is a story about gay lovers and how one of them gets brutally raped under the influence of drugs and alcohol. 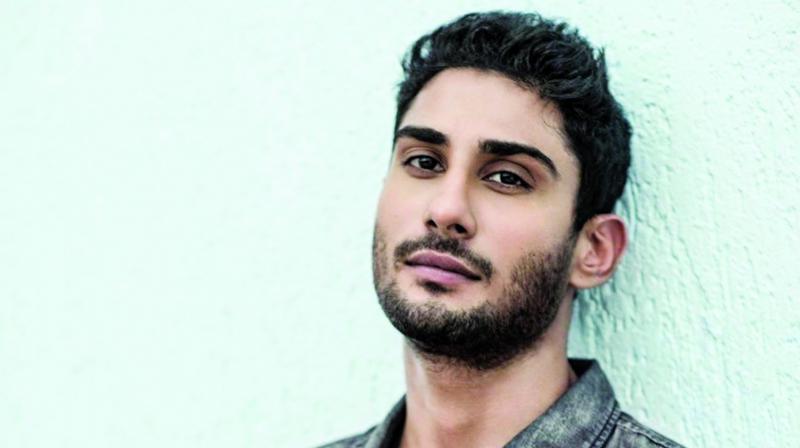 Prateik Babbar is well aware of the curiosity that his hiatus has stirred. After making a successful debut with Jaane Tu Ya Jaane Na and then an appearance in Issaq in 2013, the actor has been out of the limelight, until a while back. The actor will be seen on the stage with Six on February 10.

Reminiscing, he says, “I was going through a very bad phase in life and it was almost like a sabbatical. I met Jeff Goldberg and decided to pursue a course in method acting for nine months. I rediscovered myself as an actor during this phase and Jeff suggested we do a play together and that’s how Six came about.”

The play is a story about gay lovers and how one of them gets brutally raped under the influence of drugs and alcohol. Prateik plays a homosexual man in the play. “The topic is very sensitive, but also has a lot of flamboyant, sarcastic and below-the-belt humour. I wasn’t afraid to play the character, but I knew that I had to handle the topic sensitively, considering that we live in India, where the subject is still a taboo,” he asserts.

Prateik’s stepmother and half-sister, Nadira and Juhi Babbar, respectively, have been doing some prolific work in theatre. Do they exchange notes, we ask. “After Jaane Tu Ya Jaane Na I had decided to join my stepmother’s theatre group, Ekjute, to polish my acting skills. But then, nothing worked out. Strangely, we have never discussed work, maybe because when we meet, we want to talk about everything but work,” he laughs.

Prateik has in the past, been very vocal about his fight with substance abuse and depression. Sharing insights on possibly the darkest phase of his life, he admits that it was the demise of his grandmother that made him pull himself together. “I realised that it was time to rebuild myself. It was also a very emotional decision. People always thought of me as this guy on the big-screen who just disappeared. I had troubles; there is a hateful and obnoxious side to me. I was very upset with myself for disrespecting the opportunities and the love that I got. When my grandmother passed away, I realised it was time to literally pick myself up and get out of my depressed dwelling and stop blaming people and things around me.”

The actor has also been in the news for his many love affairs and broken relationships. His relationship with Amy Jackson was the talk of the town for a while. Ask him about romance in his life and he’s quick to say that it’s the last thing on his mind. “I have fallen apart and been very unlucky when it comes to love. I have been a mess when it comes to relationships. I think I’m a horrible boyfriend and partner, but I’m a good friend. I’m working on improving that but it certainly isn’t a priority, it will happen organically. Love is not a focus right now. I’m not declining love but I’m not looking for it either,” he shares.

Speaking of relationships, the actor has had a tumultuous one with his father, Raj Babbar. Especially after dropping his surname in 2011. But that’s a thing of the past, he assures us. “It’s all-good within the family. I think I have finally grown up and have realised that love fixes everything. There was a phase where there was so much confusion about my father and my stepmother, so much hatred. Then came a time when I realised I have just one parent and I don’t want to spend the rest of my life hating him.”

Prateik says he started taking baby steps towards putting hid life together again. That’s how he got to doing web series and short films for friends. The big-screen comeback, however, will have to wait. “I have been reading a lot of scripts but nothing has been finalised as of now. I now have a better understanding of various aspects of filmmaking. Earlier I did films on the basis of stories, but now I’ve understood that one needs to micro-manage. I have become wiser. But for now, I’m focusing on the theatre,” he signs off.