She made her much-awaited Bollywood debut with Abhishek Kapoor’s Kedarnath today and takes away the praises. 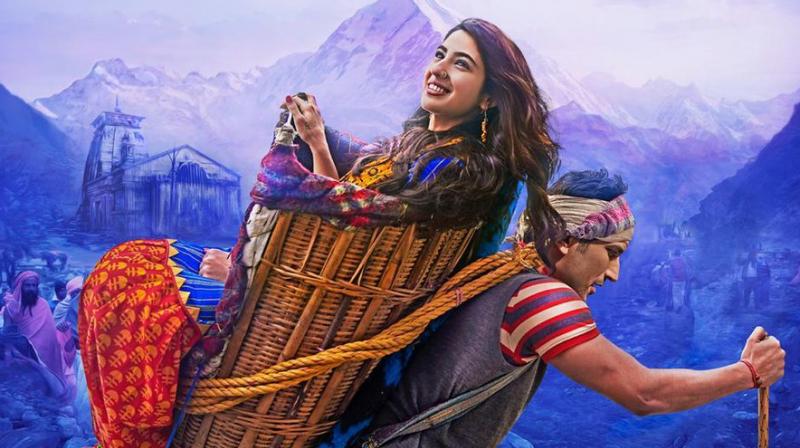 Sara Ali Khan is one such star kid who is known as Saif Ali Khan and Amrita Singh’s daughter, but still has managed to keep her own presence. She made her much-awaited Bollywood debut with Abhishek Kapoor’s Kedarnath today, and like expected, has all praises coming her way. But did you know that she also took a personality test to know how similar she is to her character?

Here are some more things she revealed in an exclusive interview with Deccan Chronicle:

What was your first reaction when you got Kedarnath?

As a person, I think a lot, but that didn’t happen with Kedarnath. The world my writer tried to create, he’s successful. I want to be honest to my world and that’s all that mattered.

And what about your character?

It’s a dream character. She has so many emotions to her personality – she has fire, anger, passion, goes through emotional trauma and emerges from it. If I can do even 5% of what Kanika has written, then we’ve done justice to the film.

The world is very different. She lives in Kedarnath and her circumstances are very different, but when I took a personality test, I realized she’s actually not very different than me. My character helped me, and that happening is beautiful.

Despite being a star kid, you weren’t clicked a lot…

That’s because I have parents who wanted a normal childhood for me. Also I wanted to earn my identity, not just get clicked everywhere. Without any kind of work, that photos and parties aren’t worth it. My mom, who I live with, is a very real woman. For me, I’m just an excessive shopper with juttis and bangles because that’s what I wear.

She was also a superstar in her time, so does she give you any tips?

Of course! She tells me all the time is to have fun at work because stress shows and camera captures that. Secondly she asks me to be a good person, which is what I strive to imbibe. Mom is a very spontaneous actor so she’s never really told me how should I act, but she would always guide me about how I can be a better person.

Do we see Ibrahim acting any time soon?

I dreamt and proved myself. Ibrahim is very gifted and would be a great actor. He also harbours the dream to become one, but it all definitely depends on his circumstances and luck. It can happen for him though.

You mentioned that Sushant taught you Hindi. So what language did you speak at home initially?

I knew Hindi, but I spoke formal kind of Hindi. He taught me how to talk about banter in Hindi. Now it has happened so much that I naturally speak to Sushant in Hindi.

After romantic drama and masala entertainer, what should we next expect from Sara?

Firstly Sara should be liked by all. I’m here to act and versatility is the base of that. So Sara would be open to any script she likes in whichever genre. Nobody should say Sara cannot do that.