Entertainment   Bollywood  07 Dec 2017  Video: Ajay turns Gentleman; Ileana brightens up on seeing him in this leaked video from the sets of Raid
Entertainment, Bollywood

Video: Ajay turns Gentleman; Ileana brightens up on seeing him in this leaked video from the sets of Raid

Ajay and Ileana had some undeniable chemistry in ‘Baadshaho’, and now they are trying to bring back that same charm with ‘Raid’. 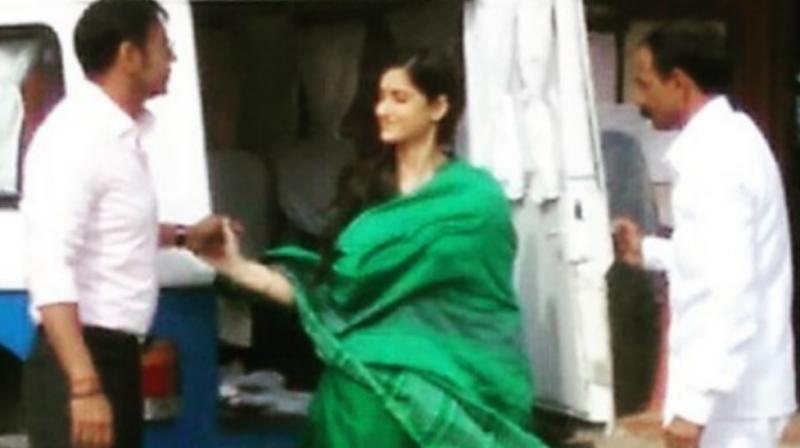 Screenshot: Ajay and Ileana on the sets of 'Raid'.

Mumbai: Ajay Devgn and Ileana D’Cruz seem to have an unwritten chemistry, as we can see them spread their charm in ‘Raid’.

The two have started shooting for the movie, and in fact, a video from the movie sets has been leaked. In this video, Ajay gets out of a jeep and escorts Ileana too.

Here are some more images from the sets:

Ajay plays an income tax officer in this movie that is being extensively shot in Lucknow. Ileana too recently revealed that the film is set in the 1980s.