Entertainment   Bollywood  07 Dec 2017  Sridevi might just lecture at an institute opened in her honour in Chennai
Entertainment, Bollywood

Aneesh Nair, an ardent fan of the actress, is all set to launch an acting institute in honour of his favourite actress. 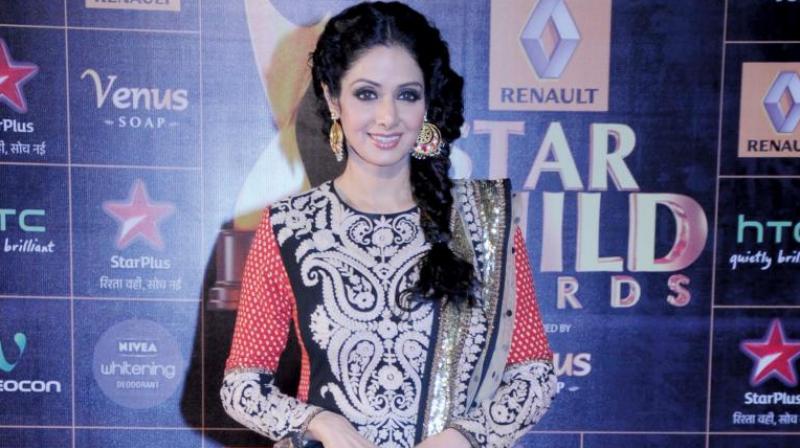 Mumbai: Celebrities have their die-hard fans around the world, but it's only when they become a 'Jabra' fan is when stars panic, as was experienced by Varun Dhawan and Sayyeshaa recently.

However, there are those who like to express their love for stars by coming all the way to Mumbai to meet them and showcase their love in other ways.

And you’ll be amazed at what a fan of Sridevi plans to do for his favourite actress.

According to a report in mid-day, Aneesh Nair, an ardent fan of the actress, is all set to launch an acting institute in honour of Sridevi in Chennai.

The veteran actress has agreed to lend her name to the institute, which will have her films, her acting and dancing style as a part of the syllabus.

"The actress' movies are a part of the syllabus. Her style of dancing will be taught as well. The founder, Aneesh Nair, is in talks with reputed film schools as well as the actress' team to put together a concrete syllabus. Besides paying homage to her, the school will also give free acting coaching to underprivileged kids," a source told the tabloid.

The actress might be even more involved with the institute. “She has been requested to inaugurate the school that kick-starts early next year. She may also be an honorary lecturer," added the source.

The institute is also likely to have centres in other parts of the country.

The source revealed, "He'll open branches in Hyderabad and Mumbai, followed by Delhi and Kolkata.”

When contacted, Sridevi told the tabloid, "I'm grateful to my fans for showering me with so much love.”

Who would complain if the film industry is blessed with more actors like Sridevi?