First look of Ranveer as cop in Simmba revealed; Karan, Rohit to collaborate on film 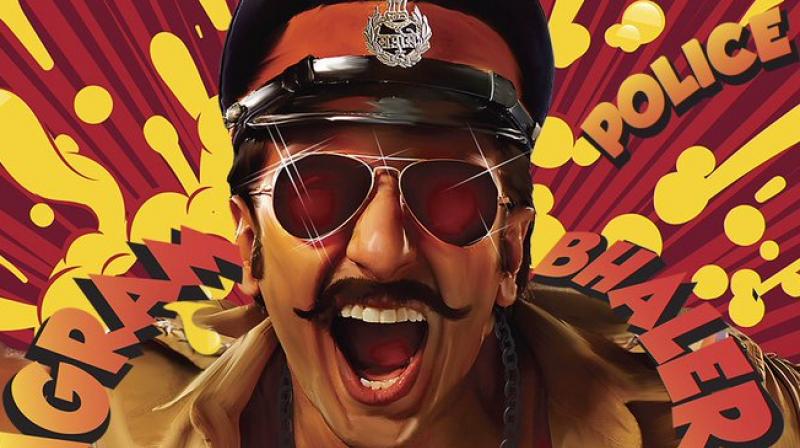 Mumbai: The last time three stars announced the film together, one of them backed them out. We are talking about Salman Khan quitting his support for Karan Johar and Akshay Kumar's 'Kesari.'

And this time, Karan has joined hands again with two popular stars. One of the biggest producers of the country will work with the biggest commercial director in Bollywood in a film starring a young superstar.

The first look of Ranveer Singh as a quirky cop in ‘Simmba’, a film to be directed by Rohit Shetty and produced by him and Karan Johar, was revealed on Thursday.

28th December 2018!! ROHIT SHETTY will be back!!!! RANVEER SINGH as #SIMMBA pic.twitter.com/tCltwAKznZ

Reports of a triple clash between this film, Shah Rukh Khan’s next film and Sushant Singh Rajput-Sara Ali Khan’s ‘Kedarnath’ on Christmas had surfaced.

But now it is clear that at least ‘Kedarnath’ won’t clash with ‘Simmbaa’ as the former is scheduled for 21 December release.

The release date of SRK's film, directed by Aanand L Rai and also starring Anushka Sharma and Katrina Kaif, had been announced for Christmas, but now it’s not clear if they would release on 21st or 28th.

'Simmba' is inspired from the Jr NTR starrer Telugu hit ‘Temper’, but Rohit had clarified that it won't be an exact copy, though he has bought the rights.

The film marks the second collaboration of Rohit with both the actor and the filmmaker. Rohit had earlier worked on a massy advertisement with Ranveer, and is now working with Karan on a TV show.

‘Simmba’ is set to be the first out-and-out masala film for Dharma Productions.