Bhumi opened up about the debate over her character's look in 'Bala'. 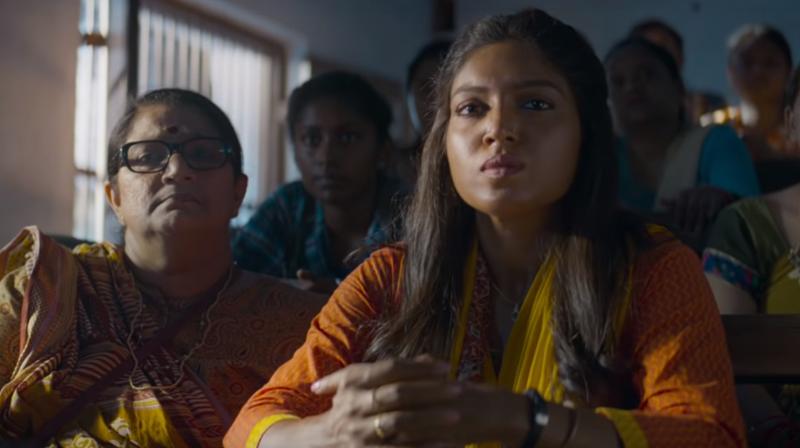 Bhumi Pednekar in the still from 'Bala'. (Photo: YouTube)

Mumbai: Bhumi Pednekar, who was last seen playing a 60-year-old Chandro Tomar - an octogenarian sharpshooter in 'Saand Ki Aankh', is all set to impress the audience with the dark-skinned girl, Latika in 'Bala'. The film is all set to release this week and Bhumi's character has been generating a lot of curiosity as well as debate on social media.

In a media interaction, Bhumi opened up about the debate over her character's look in 'Bala', "I think it's human nature. I realise that when there is appreciation, there will be criticism. Everybody should have an opinion. Social media is a platform where you can put your opinion. I respect a lot of opinions and take it into consideration but if someone is putting crap then I flush unwanted things down the toilet."

"I'm an actor. My job is to be able to do a different kind of parts. I choose films because I want to do something different. Watch my films and if you have a problem with it, please come and comment on my work but don't comment on my choices. I'm an half-decent actor. I bring a lot to the film. It's just can't be physical appearance why that person is taken in the film but there is a lot more that an actor has to do in the film," Bhumi added.

Speaking about breaking stereotypes in the industry, 'Saand Ki Aankh' actor said, "From the start of my career, I have only been a part of films where the girl has a lot to do. It's not the common thing."