Watch: Salman-Katrina take you on an action-packed ride in Tiger Zinda Hai trailer

They are seen firing some extremely heavy-duty weapons as they fight the terrorists and sneak in some time to romance in exotic locales. 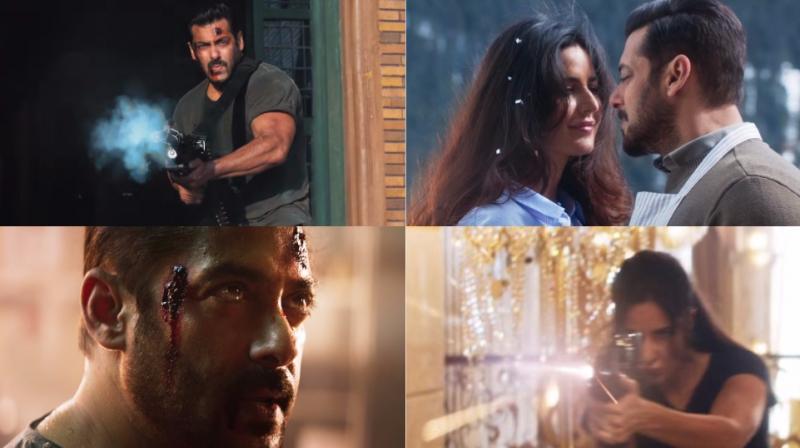 Mumbai: Salman Khan's last experiment of sorts in 'Tubelight' didn't pay rich dividends, but he is back to his more familiar territory of the masala film with 'Tiger Zinda Hai.'

Like his career, Salman's popular character of an Indian spy Tiger is back and back with a bang. This time, he is tasked with the mammoth responsibility of rescuing 25 nurses held hostage by a terror outfit in Iraq.

His partner from the first instalment, Katrina Kaif, a Pakistani spy accompanies him in the mission.

The spy pair is then seen firing some extremely heavy-duty weapons as they fight the terrorists and even sneak in some time to romance in exotic locales, as they set to accomplish their mission.

The high-octane action sequences and some scenes of explosions are the highlights of the trailer.

Along with Salman and Katrina, others like Angad Bedi and Girish Karnad can also be seen in the trailer.