Phantom: The ghost who walked!

As Madhu Mantena posts, “We had a glorious run for seven years and I guess sometimes even marriages end!” 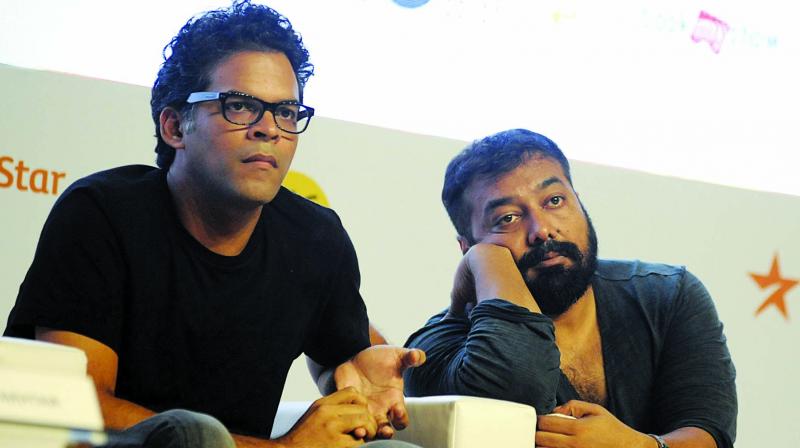 But I know for sure we will come out of this stronger, wiser and will continue to pursue our dreams our own individual ways.

Phantom Films, which was established in 2011 by Anurag Kashyap, Vikramaditya Motwane, Madhu Mantena and Vikas Bahl, has officially been dissolved. The announcement comes amidst allegations regarding Phantom’s partner Reliance striking a quid-pro-quo deal with French aviation company Dassault.

Confirming rumours that have been doing the rounds for a while now, Kashyap posts on Twitter, “Phantom was a dream, a glorious one and all dreams come to an end. We did our best and we failed. But I know for sure we will come out of this stronger, wiser and will continue to pursue our dreams our own individual ways. We wish each other the best.”

Phantom Films made its debut with Lootera, a film starring Ranveer Singh and Sonakshi Sinha and directed by Motwane. And though the film was well-received by critics, it didn’t produce the desired outcome at the box office. The company’s second film, Queen, struggled to see the light of day due to funding issues. But when it finally came out, the film directed by Bahl gave Phantom its first taste of success.

The banner got a shot in the arm when Reliance Entertainment picked up 50 of the company in 2015, and it looked like they would be in business a while.

Under the banner, Kashyap went on direct acclaimed films like Masaan, Raman Raghav 2.0 and Mukkabaaz, but cracks within the team doomed the partnership.

It all began when Vikas Bahl was accused of sexual harassment by one of his female co-workers, which caused Kashyap to sever all ties with him. Tensions have only been mounting since then, and a break-up has long been in the works.

As Madhu Mantena posts, “We had a glorious run for seven years and I guess sometimes even marriages end!”

A trade source says, “Phantom has had multiple issues. Sometimes, it is not just one problem that leads to dissolution. We could see it coming!”