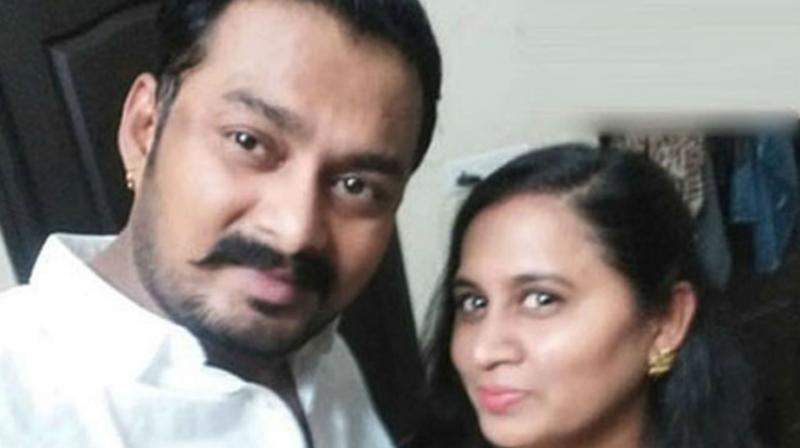 Mumbai: Telugu TV actor Madhu Prakash's wife Bharti has reportedly committed suicide on Tuesday night. As per Hans India report, Bharti was upset with Madhu’s profession as it would make him return late at night.

Madhu married Bharati in 2015. Bharti who was working in private firm stayed with her in-laws at Panchavati colony in Hyderabad, the report added. Media reports further suggest that Madhu and Bharti often fought over his work hours and Bharti even suspected him of having an extra-marital affair with a co-star.

The report further claimed that Madhu told wife Bharti that he was going to the gym but later went for the shoot of a TV show on Tuesday around 10 am. She called him up and asked to return time, threatening to end her life. Reportedly, Prakash ignored her threat and found her hanging by the ceiling fan at 7:30 pm when he returned home.

The police are investigating the matter and recorded Madhu's statement. The body has been sent for post-mortem to Osmania General Hospital.