The actress is being paired with Amitabh Bachchan again for Badla and is also working with his son Abhishek Bachchan in Manmarziyan. 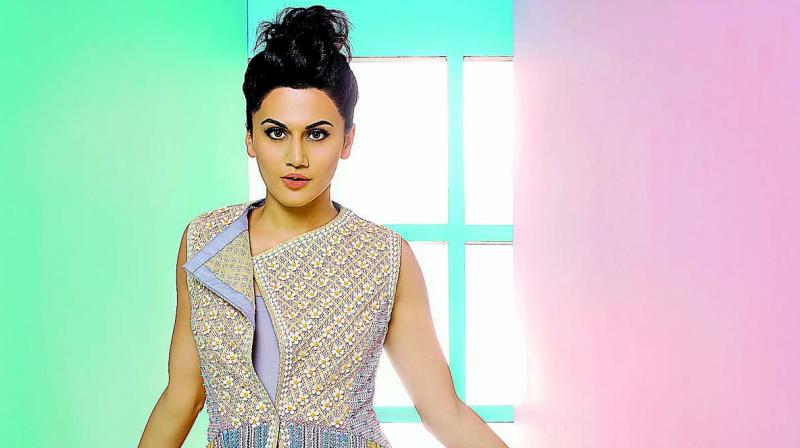 She made her Bollywood debut with Chashme Baddoor and went on to deliver an exceptional performance in Pink. And since then, there has been no looking back for Taapsee Pannu.

The actress is being paired with Amitabh Bachchan again for Badla and is also working with his son Abhishek Bachchan in Manmarziyan. Now, with a steady line up of hits and upcoming films, the actress has realised that it is a time for a price rise.

“Actresses will only lower their price if the project really demands so. If it is a big-budgeted project, no star will reduce their price, but instead, will be hoping to be paid better than the asking rate. Even though her Dil Junglee did not do well, she has Mulk coming up after Soorma releases. Also, one has to look at her price down south. She commands a hefty price and is now asking the kind of money she deserves because of what she brings to the table,” explains a trade source.

Taapsee also has a film coming up called Tadka, directed by Prakash Raj. However, the release has been delayed due to a dispute between the makers and the financers.