The actor has often released his films with Shah Rukh Khan too, however he never benefited from the clash there. 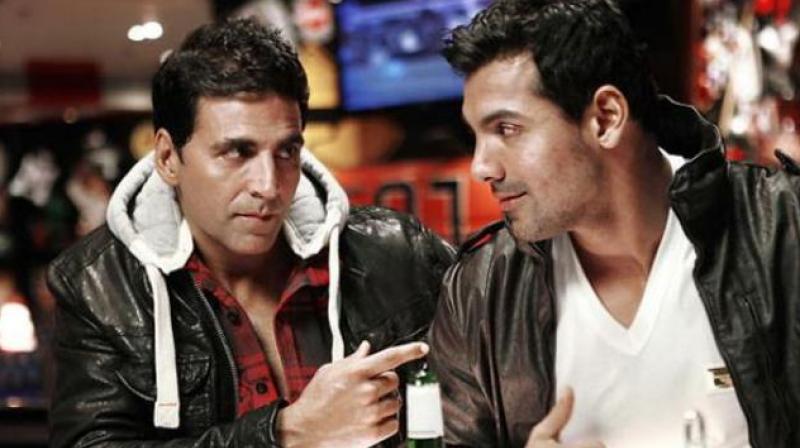 Akshay Kumar and John Abraham in a still from 'Desi Boyz'.

Akshay Kumar unveiled a song from his upcoming movie ‘Gold’, titled ‘Naino Ne Baandhi’ at the first event held for the movie on Friday.

At the recently held trailer launch of that film, producer Nikkhil Advani had confirmed that they are coming on Independence Day, 15th August and John said that he and Akshay are ‘friends’.

At the song launch, when Akshay was asked about the statement, he went on to take a jibe at it saying, "It is true that he is my friend and I have learnt that anyone can release their film with other actor's film so, next time, I will also do the same."

Not only John, Akshay did not spare anyone from the industry as he added, "We can release our film together on any occasion, be it Eid, Diwali or Christmas as we all are friends."

The actor has often released his films with Shah Rukh Khan too, however he never benefited from the clash there.