Karan, Abhishek, other stars laud Rana's act in next film after Baahubali 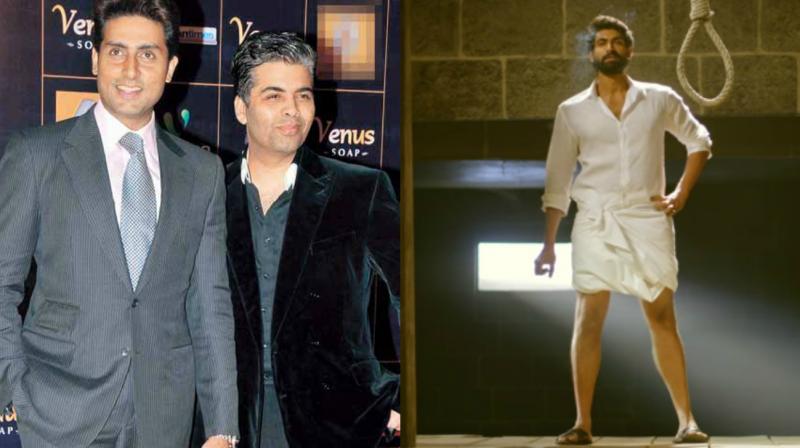 Mumbai: Rana Daggubati's act as Bhallaladeva in 'Baahubali: The Conclusion' still gets the audiences enraged, that's how convincingly he enacted his part.

However, his next film, ‘Nene Raju Nene Mantri’ sees him in a completely different avatar.

After sharing his look from the film of his character Jogendra and a still with Kajal Aggarwal, who plays his wife in the film, the teaser was also released on Tuesday.

Rana impresses with his swagger as he is seen folding his dhoti and smoking a cigarette, saying only he decides when he will die, moments after being taken to the gallows with his face covered with a black cloth.

I am looking forward to this !! Love the title ! Rock on chief b

.@RanaDaggubati, #NeneRajuNeneMantri teaser has the best avatar of you unfolding the dhoti! Superb babai :)https://t.co/3uVAzI0RPJ

Rana is reportedly playing a politician with grey shades in the film.

The film is directed by Teja and also stars Catherine Tressa and Navdeep.