I have always been Abhay Deol’s fan: Mithila Palkar

Mithila will be seen opposite actor Abhay Deol, who puts a lot of thought into his choice of role, just like his co-star. 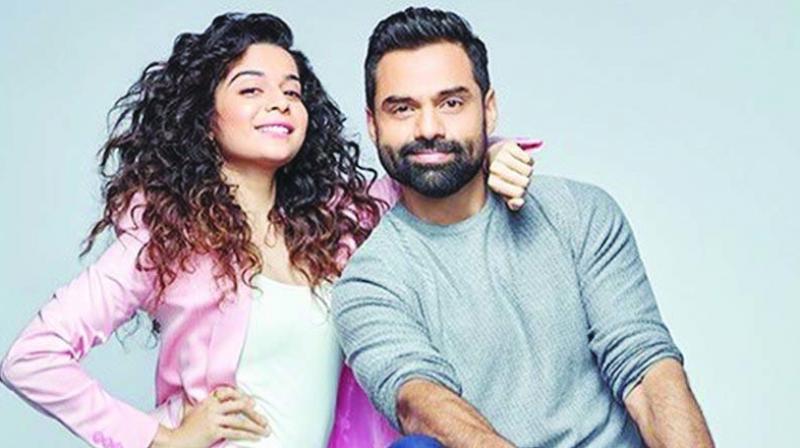 A known face in the digital space, actress Mithila Palkar, after acing the series Little Things, made her debut in films with Irrfan Khan starrer Karwaan. Now, the girl with curls is all set to showcase her talent in the Netflix original  film Chopsticks.

Mithila will be seen opposite actor Abhay Deol, who puts a lot of thought into his choice of role, just like his co-star. “With the OTT platforms, now there is space for our kind of films. Mainstream cinema may not produce all of these stories, but this (OTT platforms) has given a way to all these kind of stories. I believe as an actor I want to tell stories. That’s what drives me and even Abhay thinks like that. I am here to be an actor and not a superstar. Likewise, even Abhay has the same ideologies.”

To be released this month, Chopsticks is a story of an under-confident but talented girl, who is bypassed at every stage of her life and is seeking out an enigmatic con to help recover her stolen car from a goat-loving, crazy Mumbai gangster. And in the journey, she finds her shining confidence.

Huge fan of Abhay, Mithila reveals that the two of them got along well really quickly and the he is fun to work with.

“I get along with people quickly. If the person is not too friendly, I will not poke them too much. I figured Abhay could really be friends if you press the right buttons. There was not much effort on my part, we became friends organically and I didn’t have to take special efforts,” says the actress.

“I have always been a fan of actor Abhay. He is very nitpicky about his films and you know there is a reason for him choosing it when you watch his film,” she adds.