If Bollywood fights the Infinity War

As fans around the world reel from the impact of Avengers: Infinity War, we reimagine the cinematic superhero universe with Bollywood stars. 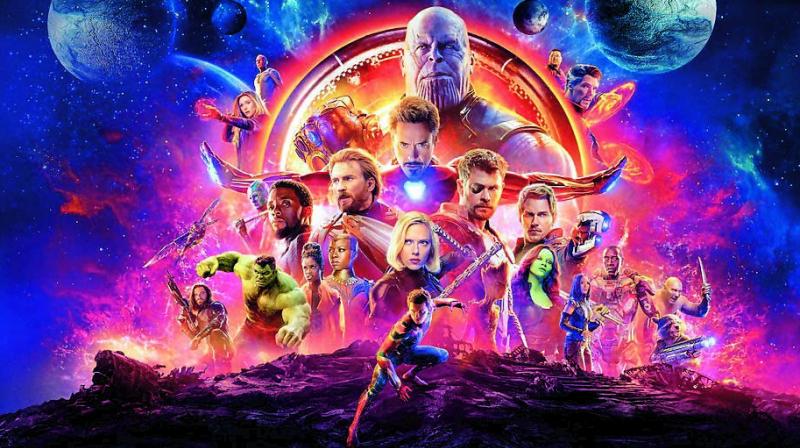 The latest Marvel film to impress audiences across the world is Avengers: Infinity War.

The world of Marvel is a thing of beauty. Its iconic characters, parallel universes and what-ifs are its distinguishing features. The latest Marvel film to impress audiences across the world is Avengers: Infinity War. As the film with a truly terrifying villain (Thanos) and an array of charismatic superheroes continue to battle it out on big screens across the world, it makes one wonder what the cast would look like if the film was made in Bollywood.

Thanos: Amitabh bachchan
Thanos is an otherworldly being from Titan who is determined to fulfill his one goal: to bring balance to the universe by eliminating half of its population. This is made possible with the infinity stones, gems which contain tremendous power and can grant full control over existence to the wielder, when all six are gathered. “The character is not a stereotypical villain but is shown to be a powerful being with a purpose. Only someone iconic can play him, like Amitabh Bachchan or Sanjay Dutt. Amitabh’s performance in Agneepath was truly defining and made its own niche,” says director Anusha Srinivasan Iyer, whose film The World in My Dreams made waves at the InterMarche, Cannes, last year.

A threat of this magnitude calls for only the best of the best to face it. In come the Avengers: Earth’s mightiest heroes, ready to defend against anything Thanos can throw at them. The members have been divided into two factions after the events of Captain America: Civil War, with the leaders of each faction being Iron Man and Captain America. Their dismissal of past disputes in order to save the Earth is a major plot point of the film.

Tony Stark: Shah Rukh
Tony Stark, the billionaire genius who doubles as the superhero with no powers but his intellect and an array of futuristic weaponised suits of armour at his disposal, is shown as a man painfully aware of his own humanity, seeking to protect it and everyone he loves as he fights against this celestial threat. His cocky yet inventive personality as well as his vast intellect can be represented by none other than the King of Bollywood, Shah Rukh Khan, with his ageless charm, confidence and ease with his roles.

Thor: Hrithik Roshan
Thor, the Asgardian God of Thunder, is the embodiment of vengeance in this film. Avenging the death of his brother Loki at the hands of Thanos, he forges a weapon that can kill a God from the heart of a dying star. His meteoric rise from the ashes of his homeworld as well as his bloodthirsty rage is best left to Hrithik Roshan, with his spectacular show of raw emotion and retribution in Kaabil defining his ability to play this character.

Scarlet Witch: Priyanka Chopra
Wanda Maximoff or the Scarlet Witch is one of the most important female characters in the film, with the power to destroy an infinity stone and deny Thanos absolute power over the universe. Priyanka Chopra’s aura of strength and grace embodies this role.

Black Widow: Katrina Kaif
Black Widow is the femme fatale, with an arsenal of devices for infiltration and stealth. Katrina Kaif’s beauty and deadly seriousness would be fitting. Dinkar Rao, whose films Black Widow and Asthi have reached several film festivals including the Cannes, says, “Katrina Kaif has something about her like what Eva Green had in Artemisia in 300: Rise Of An Empire. She would be an apt choice.”

Dr Strange: Naseeruddin Shah
Dr Stephen Strange, a former surgeon who lost his ability to move his hands in an accident and found a cure in magic, becoming the Sorcerer Supreme of Earth, uses his power as protector of one of the infinity stones to peer into the future and determine the probability of their victory. “His intuitive and calculative nature can be portrayed by Naseeruddin Shah, whose air of intelligence and superiority is a manifestation of Dr Strange,” says Kolkata-based director Sudeep Ranjan Sarkar, known for his use of vintage lenses to lend a special look to his scenes.

Hulk: Sunny Deol
The Hulk, once the avatar of rage and power, is shown as being beaten to a shell of his former self in the movie. His repression of that rage and understanding of the strength of Thanos can be brought to the screen by Sunny Deol, who had iconic roles along these lines.

Captain America: Akshay Kumar
Steve Rogers aka Captain America, the tactical mind and leader of the team, is characterised by his resolute nature and belief that anything can be overcome with sheer strength of will. “Captain America’s character can be beautifully depicted by Akshay Kumar, known for his humility, will-power and dedication to his roles. His personality both on and off screen makes him a perfect fit,” says Rahat Kazmi, the international award-winning director of Mantostaan.