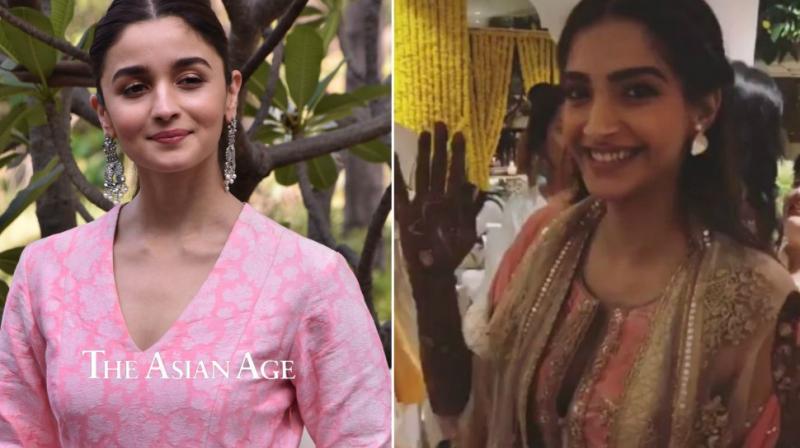 After Sonam Kapoor’s Mehendi ceremony on Sunday night, her sangeet has begun as friends and family were spotted at the venue.

One such attendee will be ‘Raazi’ actress Alia Bhatt, who is expected to be one of the highlights there.

While videos of Arjun Kapoor, Varun Dhawan, Jacqueline Fernandez, Swara Bhasker and Karan Johar practicing for the sangeet had gone viral, Alia was nowhere to be seen in these videos and the reason for it is quite valid.

Alia is actually just coming to the sangeet as a guest and she won’t be performing, which quite makes sense because we don’t want her to steal away the limelight from the bride now, do we?

During ‘Raazi’ promotions, Alia Bhatt shared, "I am not really preparing for Sonam's wedding. I am attending it. I am prepared for what I am wearing. Other than that, I don't need to prepare. I just have to go and have fun."

Putting all speculations to rest, she further clarified, "I am not performing at Sonam's sangeet."

But we were really hoping she does perform on ‘Radha’ like Karan Johar did at a wedding recently. Who knows, she might just give a cameo appearance!