Directed and written by Abhishek Dudhaiya, the film is based on real-life events during the Indo-Pak war of 1971. 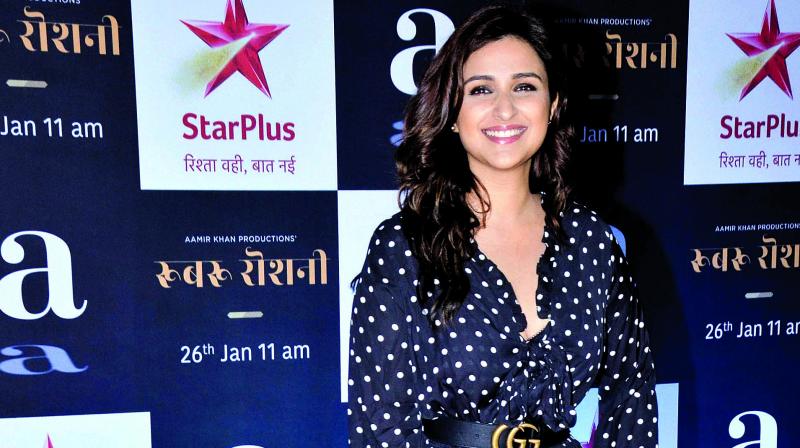 Parineeti Chopra, who was last seen in Kesari, will next be seen in Bhuj: The Pride Of India. A source close to the project has spilled some beans about her on screeen character.

According to the source, Parineeti is playing an Indian spy in the film and it’s one of the most challenging parts that she has ever played. Not only is it an interesting part but it is also a layered character.

Parineeti had also tweeted, “The most special true story ever.”

Directed and written by Abhishek Dudhaiya, the film is based on real-life events during the Indo-Pak war of 1971. Besides Parineeti, the film also stars Ajay Devgn, Sanjay Dutt, Sonakshi Sinha and Ammy Virk.

Interestingly, this is the second time that Parineeti is working with Ajay. They were last seen together in Golmaal Again. This film, however, is in a completely different space.

Ajay will play Indian Air Force wing commander Vijay Karnik, who was the in-charge of the Bhuj airbase during the war, which remained operational despite facing heavy bombing from Pakistan.