The actress is happy that Tapsee Pannu and Arjun Kapoor also tweeted on the same issue and says feels good that people are talking about it. 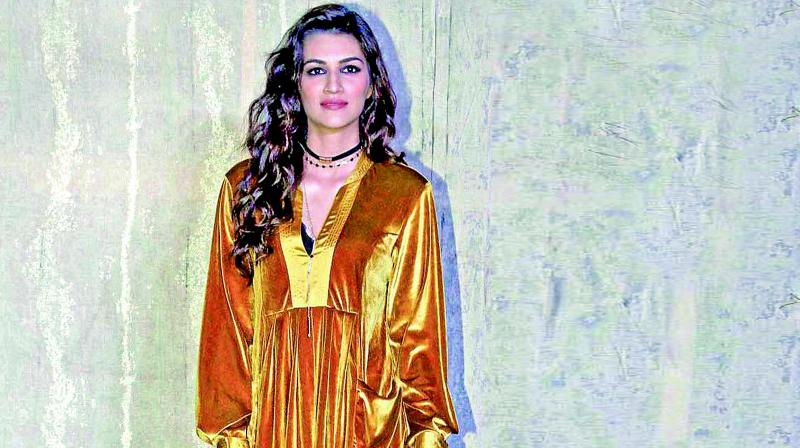 When Kriti Sanon mentioned at a public event that Kartik Aryan was unjustly being given all the credit for the success of Luka Chuppi when, in fact, both Kartik and Kriti had equal roles in the film, she didn’t know that she had unleashed a tiger that won’t return to the cage.

Trying to explain her stance on the issue, Kriti says, “It isn’t as if I was ignored or sidelined. I have gotten credit and appreciation for Luka Chuppi and I’m glad about that. I was only responding to a question on the story headlines where websites and publications usually tend to ignore the female lead’s name and make it sound like it is only the male actor’s film.”

Kriti’s statement triggered off a chain reaction in the industry.

Says Kriti, “Tapsee Pannu and Arjun Kapoor also tweeted on the same issue and it’s good that we are at least talking about it now.”

In the context of gender discrimination, Kriti feels the solution in the credit titles is not to have the female lead’s name preceding the male. “I just feel it’s best to keep the order of the names alphabetically and not on the basis of gender.”