Priyanka encouraged her husband Nick to re-open dialogue on their association as a band. 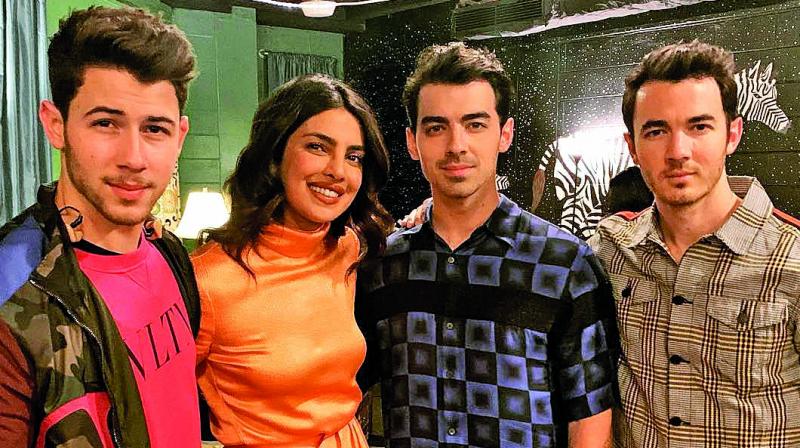 Priyanka Chopra and Nick Jonas with his two brothers

While Yoko Ono’s relationship with the legendary John Lennon is said to have been one of the primary reasons why the band Beatles broke up, Priyanka Chopra Jonas, who is now married to Nick Jonas, is being credited for bringing her husband back together with his two brothers.

Their band, known as the Jonas Brothers comprising the brothers Kevin, Joe and Nick, had split in 2013 after eight years of being together. But now, barely months after Nick and Priyanka’s wedding, the Band regrouped to formally release a new album on March 1.

While the Jonas family rejoices, it is being said that the new member of the family — Priyanka — played a big hand in bringing the brothers together.

“Priyanka encouraged her husband Nick to re-open dialogue on their association as a band. Since it was Nick who is said to have broken the band, Priyanka personally played the doting sister-in-law to Kevin and Joe and coaxed them to sit with her husband for conversations on re-grouping. If it wasn’t for Priyanka, the Jonas’ new album Sucker wouldn’t have happened,” says a source in the know.

All we can say is, good going, Priyanka. Let the music flow. A musical collaboration with her husband Nick is now on the cards.