Stardom isolates you more from the world, says Ranbir Kapoor

Coming from a Punjabi khandan, that sleeps and breathes food, the Barfi actor finds it tough to keep away from food and be fit at the same time. 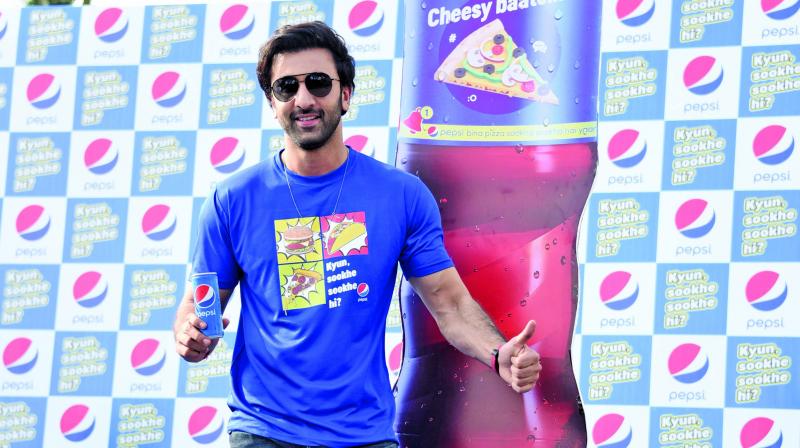 On stardom, food and friendship—Ranbir Kapoor spills the beans on how stardom hasn’t affected him and how being a foodie makes it difficult to be fit.

Being a star kid comes with its own terms and conditions, but then it is about how you deal with it. And for someone like Ranbir Kapoor, carrying a family legacy of cinema and having been born to actors Rishi and Neetu Kapoor, he understands the significance of stardom much better.

But has stardom changed him? “Whether I have changed or not, probably my friends would be the right people to answer this. To me, I am the same person I was in school and college,” he smiles.

In this industry where friendship seems to be so fragile, Ranbir says he has found a true friend in his Wake Up Sid director Ayan Mukherji.

“People say this industry is fickle and only salutes people who are successful and ignores when they fail. But that’s when you realise who your true friends are,” he says, adding, “When you are not successful, people won’t be around and as long as you have sense of that you will be fine. I would say Ayan has been a true friend so far.”

Recalling an interesting teaching by his father, the Rockstar says, “He (Rishi Kapoor) taught an important philosophy, ‘you need to keep your head on your shoulders. Don’t get swayed by the success, and don’t take failure to heart’.”

Coming from a Punjabi khandan, that sleeps and breathes food, the Barfi actor finds it tough to keep away from food and be fit at the same time.

“I am a foodie and my family has a history of food. It’s hard for me to sacrifice that aspect of food because of the profession that I am in. The joy that food gives you, it kind of gives my soul a hug,” smiles Rabir.

Further revealing that it is the diet that makes him irritable. “When I have to diet and when I am not allowed to cheat, that’s when I become very irritable. And I am not a nice person to talk to or be friends with,” says Ranbir, brand ambassador for Pepsi which has now launched its new campaign, ‘Kyun Sookhe Sookhe Hi’.

After the debacle of Jagga Jasoos, Ranbir will next be seen in Sanjay Dutt biopic and Brahmastra.