After 'Beyond the Clouds', he is all set to play the lead role in 'Dhadak' opposite Janhvi Kapoor, Sridevi's daughter. 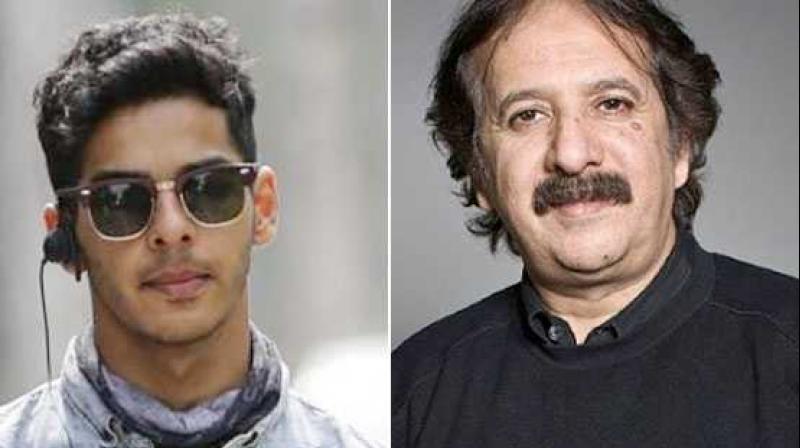 Mumbai: Ishaan Khatter, who is all set to make his feature debut with Iranian filmmaker Majid Majidi's "Beyond the Clouds", says it was a conscious decision to avoid any formal training in acting as he wanted to begin his film journey with a clean slate.

Ishaan says he made a 50-minute audition video to impress the director of critically-acclaimed films such as "Children of Heaven", "Colour of Paradise" and "The Song of Sparrows".

"I did not want to take any formal training in acting, it was a conscious decision. I wanted to learn as much as I could but I did not want to get used to a rigid format or technique of acting.

"I wanted to be able to observe people, things freely and have a clean state, have a fresh perspective and be moulded on the job. I felt it was important to stay raw and to my good fortune Majidi sir wanted someone who was untrained," he told PTI in an interview.

Ishaan, who is the half-brother of actor Shahid Kapoor and son of actor Neelima Azeem, featured as a child actor in the 2005 film "Vaah! Life Ho Toh Aisi!".

After "Beyond the Clouds", he is all set to play the lead role in "Dhadak" opposite Janhvi Kapoor, Sridevi's daughter, in Karan Johar's remake of "Sairat".

While he was growing up, Ishaan says he keenly observed both his mother and brother's work as actors and it is their passion and work ethics that inspire him.

"...My brother has been working tirelessly all these years and it is only because of his passion for acting. The most invaluable advice he has given me is to be honest to my work. He says camera will always capture honest emotions whether or not people see it."

So is he mentally prepared to be known as Shahid's brother?

"It is not something to be prepared for. That is my truth," he says.

Ishaan was offered films before "Beyond the Clouds" but he did not do them as he realised it was because of his mother and brother.

It was casting director Honey Trehan who told Ishaan to audition for Majidi's film.

He says he was was surprised to know that the director watched the entire tape.

"I have been told this is unusual as for 'Children of Heaven' he had auditioned 8,000 kids. It is unusual as he selected somebody so soon and instinctively. It made me feel very grateful. I feel blessed to be his hero."

Even while shooting, Ishaan says, Majidi would be precise about what he wanted to see on camera but there were moments when he would let the actor interpret the character.

"...It is more frightening when he tells you to do things your way as he is so particular about things. It is unnerving when he just leaves you completely free. He keeps you on your toes as an actor, he doesn't let you get used to a format of working, which is great.

"He is a soulful man and has a great mind. He is a meticulous person and deeply scrutinises everything."

For Ishaan, "Beyond the Clouds" is a film made with lot of heart, blood, sweat and tears.

"It is a real and rare piece of work," he says, adding that the film is an extension of Majidi's philosophy.

"It talks deeply about humanity, relationships that are beyond familial ties. It is about ordinary people who go through extra ordinary experiences," he says.

The film, which also stars Malayalam actor Malavika Mohanan, is set to be released on April 20.