While the awards definitely came as a surprise, the actors had an interesting way to describe their feeling. 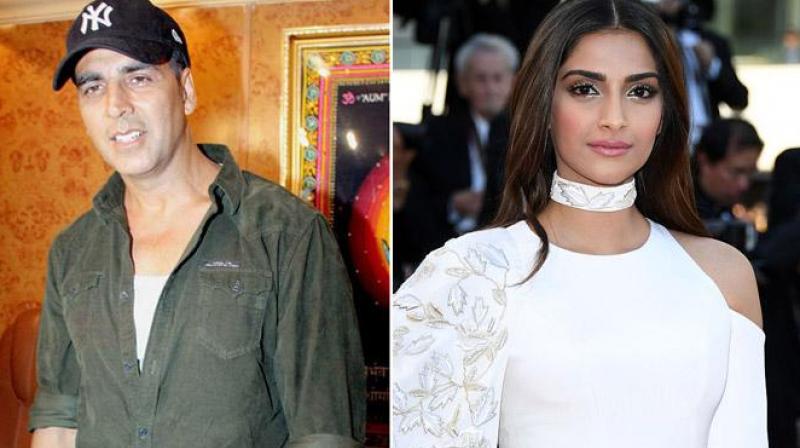 Akshay Kumar and Sonam Kapoor were working together after almost six years.

Mumbai: The sets of R Balki's 'Padman' were filled with a celebratory mood on Friday after members of the cast, Akshay Kumar and Sonam Kapoor, won their first National Awards at the 64th edition of the awards announced in Delhi on Friday.

Sonam shared a funny picture on Instagram where she and Akshay act extremely shocked about their awards and in the caption, she wrote how shocked and grateful she was about the award. 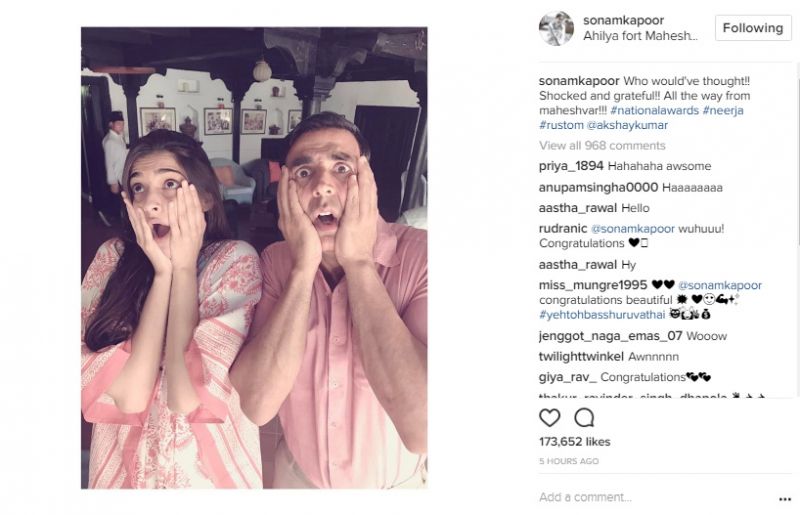 Sonam, who is sharing screen space with Akshay for the second time after ‘Thank You’, is taking tabla lessons for her character in ‘Padman.’