Mr Bachchan is more fun to work with than Abhishek: Taapsee Pannu

Taapsee said that she hoped and prayed that she would get another chance after Pink to be unconventionally paired with Bachchan. 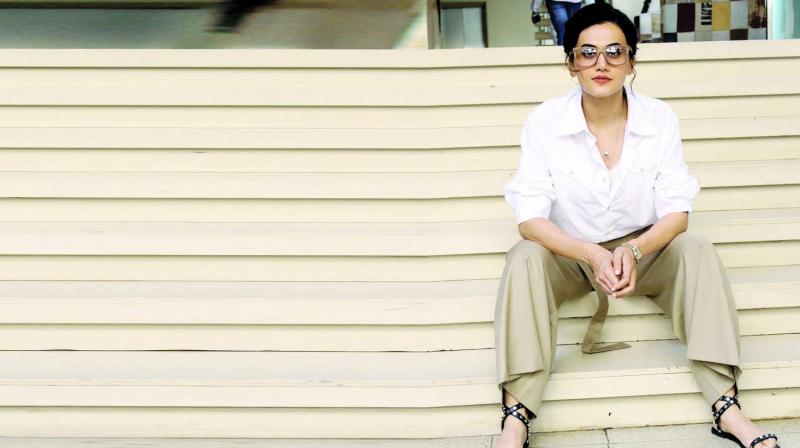 After the much-lauded Pink, the fascinating Taapsee Pannu is back with the mighty Amitabh Bachchan in Badla. If the trailer of this Sujoy Ghosh thriller is anything to go by, then the unconventional Bachchan-Tapsee combo has another winner on hand.

Tapsee is thrilled to bits to be back with Big B, “When we did Pink together, I was, of course, in awe of him. I had to quickly get rid of the awe on camera to work like co-stars. I don’t think he  has ever teamed up with a leading lady my age as his heroine, and we are not paired in any conventional romantic way.”

Taapsee said that she hoped and prayed that she would get another chance after Pink to be unconventionally paired with Mr Bachchan. “I never thought Badla would give us that opportunity. It again pairs us together in roles that are not usually available to actors his age and my age when working together. I am delighted to say that working second time as the lead opposite Mr Bachchan has been as rewarding, unique and intriguing as the first time.”

In Badla, Taapsee plays a woman whose mind is hard to mine. “You never know what she’s thinking. Everyone in the film holds back information, not telling the entire truth. My character  is no exception.”

Taapsee says Mr Bachchan made the second project greatly rewarding for her. “I was definitely more relaxed this time. During Pink, I gradually discovered how much fun Mr Bachchan is and this time I was ready beforehand to be a friend rather than an awestruck co-star. We didn’t have to get to know each other.”

Interestingly, Taapsee has worked with both father and son Bachchan. “Yes, isn’t that something!  I did Manmarziyaan with Abhishek and then Badla with Mr Bachchan. Shall I tell you something? I found Mr Bachchan to be more fun to work with than Abhishek.”

Taapsee is confident about her unique career choices. “I always knew the path I wanted to follow was not conventional. Now that I have succeeded in forging my own destiny, I am more confident about my choices.”

Not that Taapsee is averse to mainstream experiences. “I did Judwaa 2. Didn’t I? And, I had a lot of fun doing that as well. Come to think of it, from Mr Amitabh Bachchan to Varun Dhawan, that’s quite a range of leading men for me.”