The film, directed by ‘Luv U Alia’ helmer Indrajit Lankesh, will go on floors this April and release in early 2019. 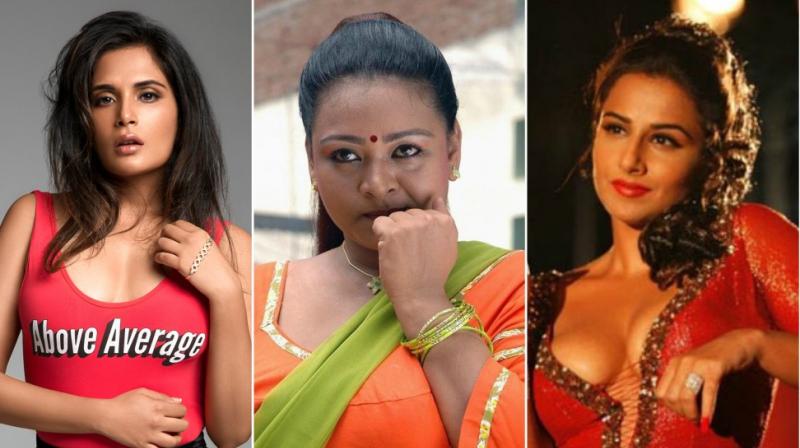 Mumbai: Very few actors can dare to take up roles which go on to becoming one of the most memorable ones in their lifetime.

Vidya Balan once took such a chance with a film titled ‘Dirty Picture’ and reaped incredible benefits of it.

The film back then became a roaring success in a time when a film with a leading woman wasn’t such a common phenomenon.

Now joining this club is Richa Chadha who is all set to helm the biopic of Shakeela, one of the 90s biggest actresses from Kerala who acted in several adult films in languages spanning Tamil, Telugu, Malayalam and Kannada.

The biopic with Richa at the centre of it will tell the tale of Shakeela from when she entered the film business at the age of 16. The movie will also trace her life journey from there on.

Soon after Shakeela became a raging success in cinema halls making history like and fanfare like never before.

Her films weren’t only dubbed in languages across India but also were dubbed languages Chinese, Nepalese and several others.

Shakeela became a popular figure in the film business at a time popularity was only for the men in the industry dominated by them.

It is also being reported that Shakeela is all set to make a comeback with the Telugu movie ‘Kobbari Matta’.

Richa's spokesperson stated, "The film is the story of Shakeela, one of the most famous actors from Malayalam cinema from the 90s who rose to a spectacular amount of fame. Her fans were spread across Asia and she earned fanfare as a woman which back then was unheard of. The film's script was exciting and is a great story to tell and the story will make for a great watch for the audience. The preparations will begin soon and the film should be going on floors in end April or May."

The film, directed by ‘Luv U Alia’ helmer Indrajit Lankesh, will go on floors this April and release in early 2019.