Length of the role doesn't matter to me in a film, says Ileana D'cruz

In a chat with The Asian Age, Ileana talks about her short length of the role in 'Raid', her equation with Ajay and more. 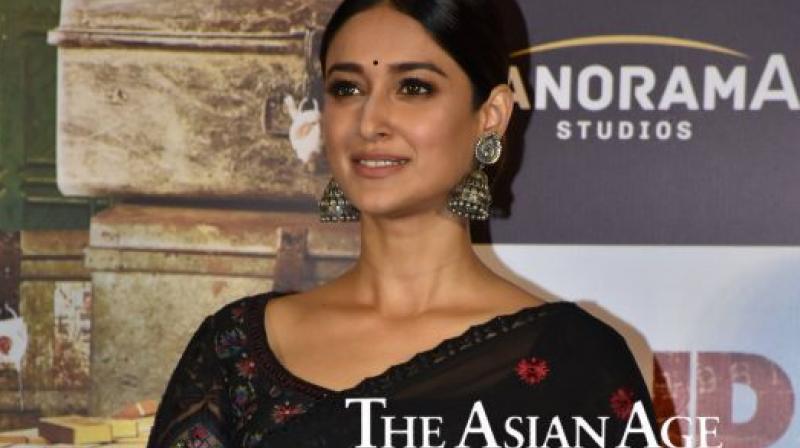 Mumbai: With three big films in a row, Ileana D’cruz seems to have a crazy time. The actress is gearing up for her next big release Raid with Ajay Devgn yet again and looking forward to a break at the movies. In a chat with The Asian Age, Ileana talks about her short length of the role in the film, her equation with Ajay, her choice for being a private person and more. Excerpts:

You have been busy with three big films one after the other…
It has been good for me so far. I did Mubarakan and Baadshaho and now Raid, I feel I should take a little bit of break now and get back to work after Raid releases on March 16th.  I am not going to sign anything soon as I want to go little bit easy now.

How did Raid happen to you?
Ajay was the one who recommended me for the film when we were promoting Baadshaho. He told me to hear the narration and assured me that Raid has an amazing story. I heard it and I loved it. Though, it was not a very long role but a good role. And also Rajkumar Gupta was directing this whom I consider one of the most sensible directors we have in the country. Raid has a story which needs to be told.

Do you believe the length of a female actor matters in a film like Raid?
I think what matters is whatever you do on screen should be good irrespective of the time you have on screen. Until you do a good job, you will be noticed. I really liked my character. She is an interesting wife and not those typical ones. She is at par with her husband. I am like a quite strength behind my husband in the film.

So the Barfi look is back…
Barfi was very knive, innocent, a child like romance. I think Malini and Ameya’s equation is far more mature. It wasn’t a conscious effort in terms of having a saree look in Raid. In fact, we decided the look keeping Rekha Ji in mind since the film is set in mid 70’s.

Any fond memories of Lucknow cuisines while shooting there?
I am a massive foodie. I had every possible kebabs out there. I have lost the count even. It was a great experience working with Raj and Ajay yet again.

How is your camaraderie with Ajay Devgn?
He is a very chilled out guy! We are pretty much like friends. We clicked from the day one. There is so much ease shooting with him. I consider him like a buddy! There is no formality with him of a big star.

What keeps you so private about your personal life with the media?
I don’t want my personal life to become a part of public domain. It is something that is sacred and means a lot to me. I don’t want it to become some frivolous gossip column. It matters to me and to the person involved with me. I feel if you answer one question, it will become a barrage of questions. Media is too insensitive and they don’t put any consideration to the fact that what will happen to the families of the people involved. The less I say, it’s better and social media is a great platform to put your things across.