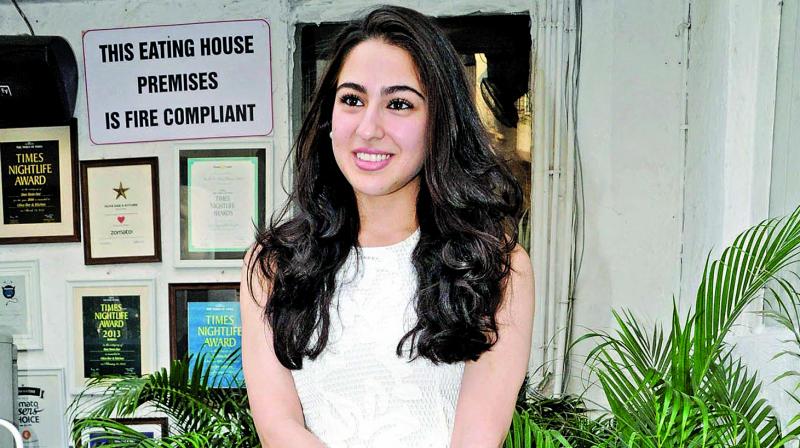 Sara Ali Khan is still working on her debut project, but she already has a plan ready.

The actress doesn’t want to waste time working on small projects. She wants to get into the A-list of actresses, and wants to work with the biggies in the industry.

Sara, who was initially very reluctant to sign any other film apart from Kedarnath, has reportedly signed a film for producer Anushka Sharma, which is bankrolled by KriArj Entertainment. But Sara wants to play according to her rules — she wants only the top superstars to work with her.

“She wants to work with people like Shahid Kapoor, Hrithik Roshan and the likes, who are doing very well at the box office. She has clearly mentioned that to her producers, that while she will want a good story, she will want a big star to work with her in her next set of films. Earlier, she was not even listening to scripts but did so at her mother Amrita Singh’s insistence. The buzz in the industry is that she wants to go the Alia Bhatt route,” says an industry source.

For the record, Sara has so far rejected seven scripts that have been offered to her after filtration from her mother.