Entertainment   Bollywood  07 Feb 2018  Priyanka Chopra reveals she was very committed, but has been single since a year
Entertainment, Bollywood

Priyanka Chopra reveals she was very committed, but has been single since a year 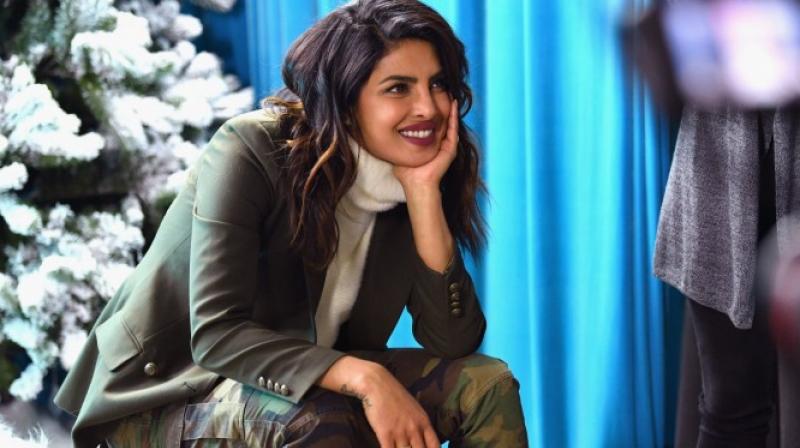 Priyanka Chopra in a photoshoot.

Mumbai: Priyanka Chopra has been a role model. She has achieved something most others only think. The actress appeared so successful that she probably didn’t have the time for a relationship. Priyanka however recently revealed that she indeed was serious and in a very committed relationship, till her break up last year.

Priyanka told Filmfare, “Right now, I’m single. Of course, I’ve been double ya! What do you think I’m a saint? But recently, I’ve been single. Let’s just say that!”

“I’ve been single after a really really long time. I get a lot of attention. But I don’t know what to do with it. Of course, I like it. I’m a girl and I’m vain,” she said.

Priyanka, who often meets new people, also said that she hasn’t met anyone who has blown her mind off. “No, I haven’t (met anyone interesting). I’m a serial monogamist. I was in a very committed relationship. But since almost a year, I’ve been single. I’ve met a bunch of people. I’ve gone out with people. I let someone woo me but no... My mind hasn’t exploded, not yet!,” confirmed the actress.

But wait, who was the mystery man? Was it the much-loved superstar, or her co-presenter at the Emmys, who also happens to be the night manager? But PeeCee in the same interview revealed that she doesn’t date married men. So who was the lucky man? And what made Priyanka hide that from the world, and what made her give us a tease of it now, after a year of the break-up?

Priyanka is currently shooting for ‘Quantico Season 3’. She was also a part of her second Hollywood film ‘A Kid Like Jake’. Back in Bollywood, she might team up with Sanjay Leela Bhansali’s ‘Gustakhiyan’.