Is cinema now a bully’s world?

Padmaavat may have weathered the Karni Sena war, but now Kangana Ranaut’s Manikarnika finds itself in trouble with extremist Hindu groups. 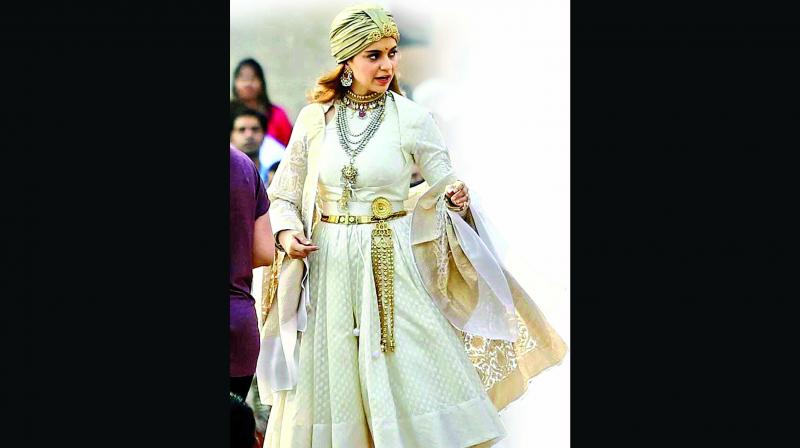 A photo from the Manikarnika sets

Even as the Padmaavat team heaved a sigh of relief, with the Karni Sena declaring that the film glorifies Rajput valour, it left behind a legacy of destruction of violence that filmmakers will remember with fear and contempt, and extremist groups will look to as a precedent. Just days after the Karni Sena violence has blown over, Manikarnika finds itself in the line of fire from another extremist Hindu faction from Rajasthan.

At a press conference held in Jaipur on Monday, president of Sarva Brahman Mahasabha, Suresh Mishra, claimed that the allegedly film contains a sub-plot revolving  around the queen and a British lover. While the producers have vehemently denied any such plotline, the members of the Mahasabha remain sceptical.

Sources close to the film claim that a delay the film has faced is not due to the threats of voilence, but the very fact that yet another film finds itself in the line of fire from an extremist faction is cause for worry. Anil Sharma, director of Gadar: Ek Prem Katha, says that it is just a way for fringe groups to gain attention. “This never used to happen when we were making historical films. We shouldn’t pay them any attention. There is no point even speaking about them,” he says, emphatically.

M.S. Sathyu, who has directed many an iconic film, both historical and progressive in nature, says that sterilising the heroes of history is not the way to go. “There are accounts in a novel on Begum Hazrat Mahal, where she is said to have had a Hindu lover. It was kept as a secret in the family, but the accounts are there. Even when Victoria and Abdul was made on the British queen having a weakness for an Indian cook much younger than her, there was fierce opposition. Why? Why would you want your heroes to be so antiseptic? These mistakes they made in the eyes of society doesn’t make their history any less rich,” Sathyu points out. 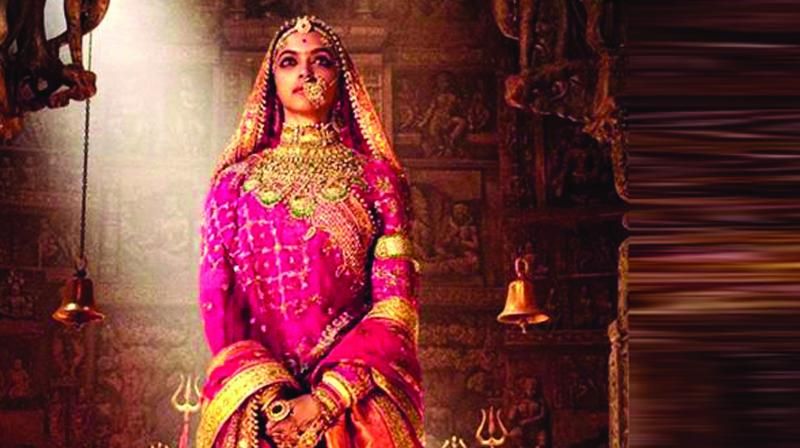 The filmmaker also says that a certain freedom must be given to all filmmakers, since they are not creating bland documentations of the past. “If you look at Shakespeare’s plays, most of them were based in history, but they did not follow history to the tee. No one questions his plays! An author or a filmmaker doesn’t create a simple retelling of history but imbues it with his own imagination. And for that, he must be given some room,” he states.

While the Padmaavat battle was still raging, director Shekhar Kapur, who faced his share of problems with Bandit Queen, had admitted that even he had played around with the narratives of his historical dramas. “While I was filming Elizabeth, people had problems with the way I showed their ‘virgin queen’ having sex,” he said, adding that they also found it blasphemous, when he changed a speech that she had given.

The real problem lies in the complete government inaction against the Karni Sena. This, says author and columnist Anil Dharker, has actually encouraged all other extreme factions. “The culprits who threatened the film are still at large. The person who offered money to kill Deepika Padukone, the identities of the leaders of the Karni Sena who spoke up at different times during their protests, are all out in the open. Yet, the government has taken no action against them at all. They speak of Rajput valour, then go and vandalise school buses; yet nothing was done about any of it,” he says indignantly. “Cinema, literature and the arts are soft targets for fringe groups. Even the most small budgeted films have a lot of money and effort going into them. So, once they are made, the makers are at the mercy of the certification board to give them a fair certificate and the government to ensure that they are safe from fringe groups.”