'Ignore everything, be humble': Kareena's advice to son Taimur

She and Saif want to inculcate the values of humility in their son just like they have remained grounded. 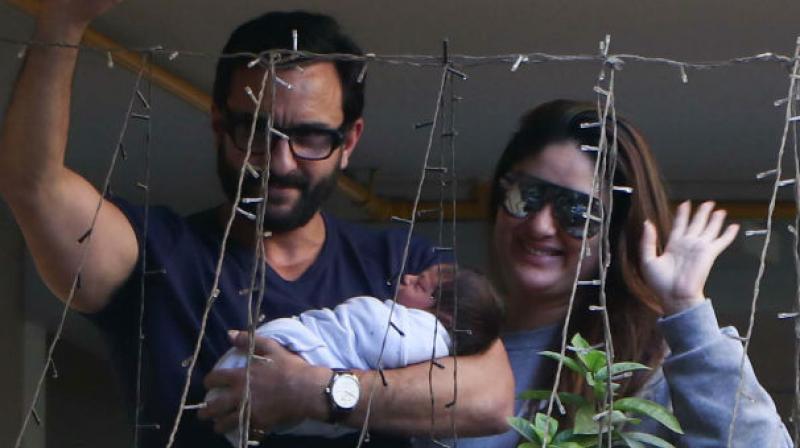 Saif, Kareena and Taimur at their residence.

Mumbai: Kareena Kapoor and Saif Ali Khan's decision to name their son Taimur sparked a row on social media and the actress says her only advice to her kid would be to be humble and ignore everything else that happens around him.

The 36-year-old actress and Saif welcomed their first child together on December 20 last year. Many social media users targeted the celebrity couple for naming their son after a 14th century Mongol invader.

When asked if there is way to deal with the scrutiny, that celebrity kids face, which in her baby's case began right after the birth, Kareena told PTI, "I want to look at it like he is going to get the best of his parents. I was born in a famous film family and so was Saif, yet we are very grounded.

"The advice I will give my child is to have his head down, be humble, do what he wants to do and ignore everything else. It is tough in today's times with social media. But it is the environment that he will be brought up in and we are going to teach him exactly what we believe in."

Taimur is Kareena's first child, while Saif already has daughter Sara and Ibrahim with his former wife Amrita Singh.

The 36-year-old actress says her husband Saif is a hands-on father and both she and the actor are growing as parents with every passing day.

While most women shy away from cameras during pregnancy, Kareena was one star who posed for shutterbugs all throughout the nine months and impressed with her stylish maternity wardrobe. She even stepped out for a dinner date with her husband just a week after giving birth and recently walked the ramp at the Lakme Fashion Week.

The actress says it was nothing unusual for her as she does not believe that pregnant women or new mothers should stay indoors.

"Pregnancy is the most lovely thing. It is a natural phenomenon, it happens to every women. I don't know why would I have sat at home and not work. Pregnancy is not an illness and so isn't delivery. I am always out and about. Work is part of my DNA, it will always be there."

Kareena says her work commitments keep her away from her little one but it feels it gives her son some time to spend with his father.

"It is difficult to leave him at home but that's fine as he can spend some time with his father."

On the work front, the actress will resume the shooting of 'Veere Di Wedding' in the next few months and has already started working on her fitness. The film, which also stars Sonam Kapoor and Swara Bhaskar, will be directed by Shashanka Ghosh.

Kareena says post-motherhood, there will be no change in the kind of films she does and will always prefer to have a mixed bag of projects.