The actress was recently shooting on the streets of Goregaon in Mumbai, when a huge crowd gathered to watch her shoot. 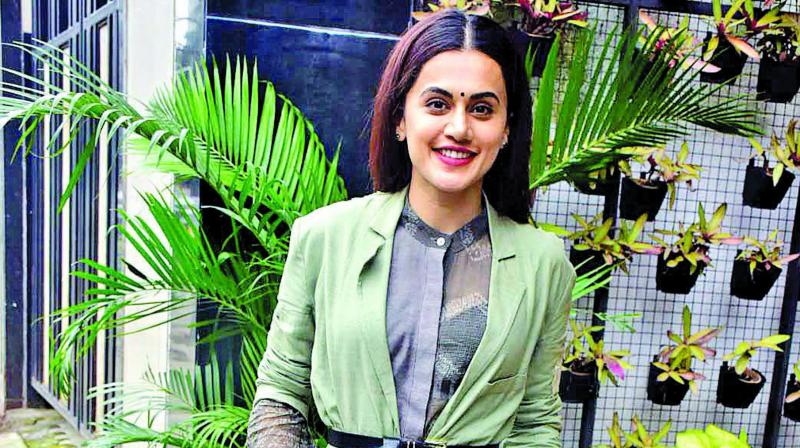 Actress Taapsee Pannu's stardom has increased by leaps and bounds in the recent past. The actress was recently shooting on the streets of Goregaon in Mumbai, when a huge crowd gathered to watch her shoot.

The actress was shooting for the upcoming biographical drama Mission Mangal and her presence created a huge buzz around the Goregaon-Malad back road vicinity. "Normally the back road area is not too crowded as there are a lot of call centers in that area. But no sooner than the news spread that Taapsee madam was shooting in that area, a lot of girls assembled to see her," says a source from the set. The source also revealed that surprisingly, Taapsee had more female fans than male fans who were anxiously waiting to catch a glimpse of their favourite star, "Normally one would expect a lot of men to stand and watch shootings take place. But in this case, a lot of girls who are die hard fans of Taapsee stood there and asked to be let close to her so that they can click pictures. Obviously, that request could not be entertained," adds the source.